Home » Drone Inspections: the Eyes in the Sky

Drone Inspections: the Eyes in the Sky 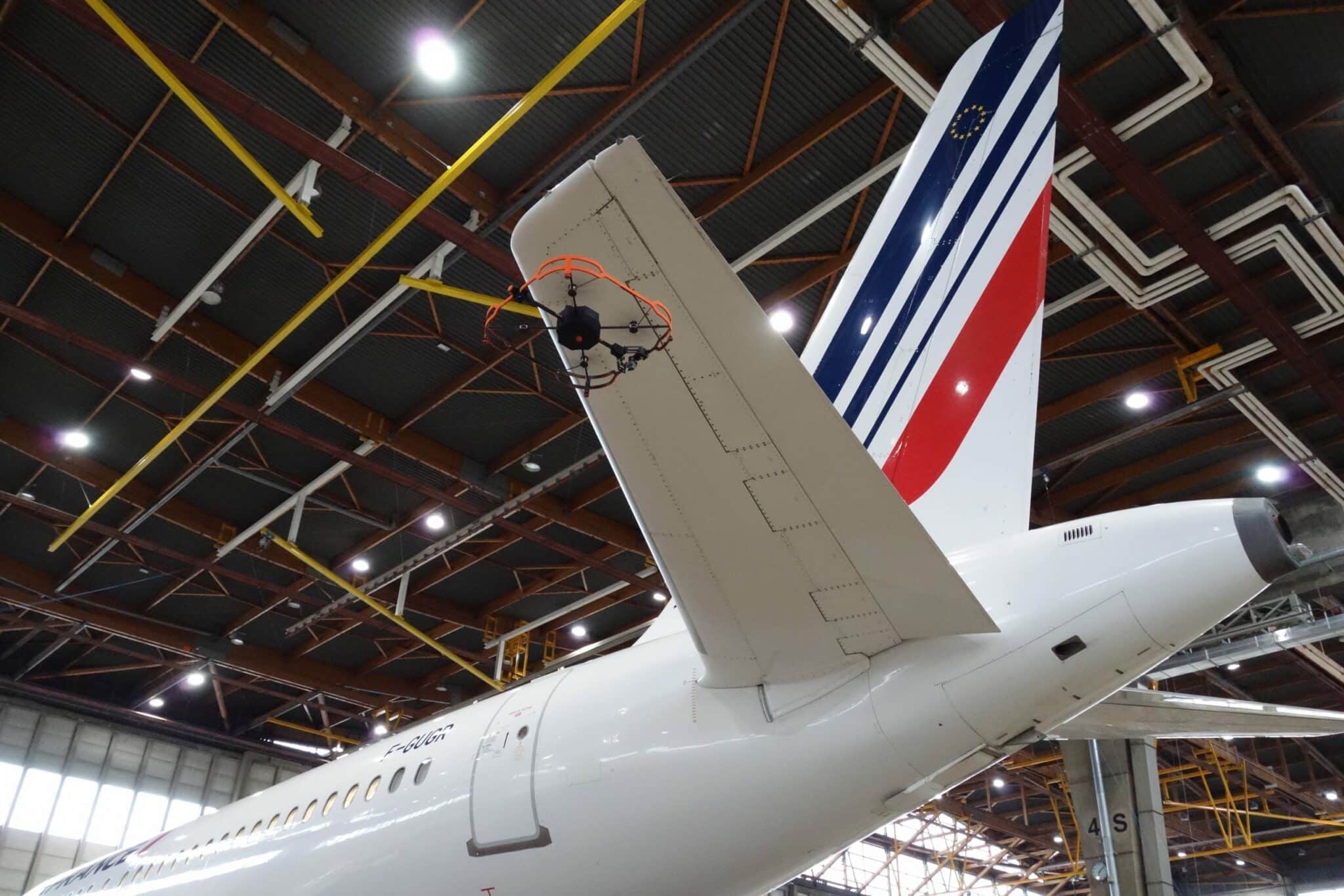 Humans will soon no longer be needed for airplane inspections – drones are taking over at speeds up to 10 times faster.

Over 27,000 aircrafts are zooming across the globe. Each of them needs to come in for regular maintenance and for every hour the plane is grounded, the airline loses upwards of 10,000 dollars. Considering that a visual inspection can take up to 8 hours, that’s a costly affair.

Traditionally, inspections have been done by a crew of 20 inspectors who visually scan the surface of the aircraft using platforms, cherry pickers and other heavy equipment to get close to the aircraft. Now drones are taking over.

French company Donecle has developed a custom inspection drone that uses a proprietary laser positioning system allowing the drone to fly very close to the aircraft.

When you’re flying close to a 50 million euro aircraft, you have to make sure you’re not going to crash into it.

3D Models of Most Aircrafts

Donecle’s drones are equipped with multiple sensors that allow for obstacle detection and anti-collision. An intelligent camera takes high-resolution pictures and can detect damages as small as 1 mm. A 3D model of most types of aircrafts lets the drone fly a predefined flight path, explains Bequet:

We always fly the same trajectory and inspection patterns which means that whatever data we acquire, we can actually replicate based on the coordinates. That way we can precisely compare one inspection to the other.

A human inspector can check the progress in real time and the UAV will create a damage report once inspection is completed. Using machine learning the drone will learn from each inspection and will eventually predict issues before they occur.

Air France, KLM and Airbus have already deployed Donecle’s drones for inspecting regulatory markings and decals. In the past, an inspector would have to walk around the aircraft and check the stickers one by one, matching them with a list of requirements, but now the drones automatically check and compare them to a database. For Air France it has reduced the sticker inspection from 5 hours to 20 minutes.

Drones are also doing annual checkups of aircrafts and mandatory inspections after a lightning strike or hail storm in which case it will highlight areas that require an extra look by a human inspector.

Bequet says drones help assist the inspectors in 85% of the white surface they have to look at.

At the moment, drones are mostly being deployed indoors in hangars as wind gusts make it challenging to fly close to an aircraft without potentially hitting it. Additionally, most airports do not allow drones to fly within their perimeter though Bequet is hoping that will change:

Getting outdoors would be a major step so the aircraft does not have to return to the hangar for inspections.

The MRO industry (Maintenance, Repair and Overhaul) is projected to become a 115 billion dollar industry over the next 10 years, according to a report by Oliver Wyman. Most airlines have already begun switching to drones for inspection and these could soon take over other tasks such as identifying areas of the aircraft subject to heating by equipping UAV’s with thermal sensors, predicts Jerome Bouchard, global manager at the analyst company Oliver Wyman:

Some drones are even able to detect cracks in the paint and very small differences in the thickness of the coating down to a millimeter which can help you determine insulation and anti-coating of the aircraft.

Human inspectors have a lot of knowledge which no software can match, so we’re enabling them to focus on what they do best – which is not running around the aircraft scanning the surface, but rather analyzing data.