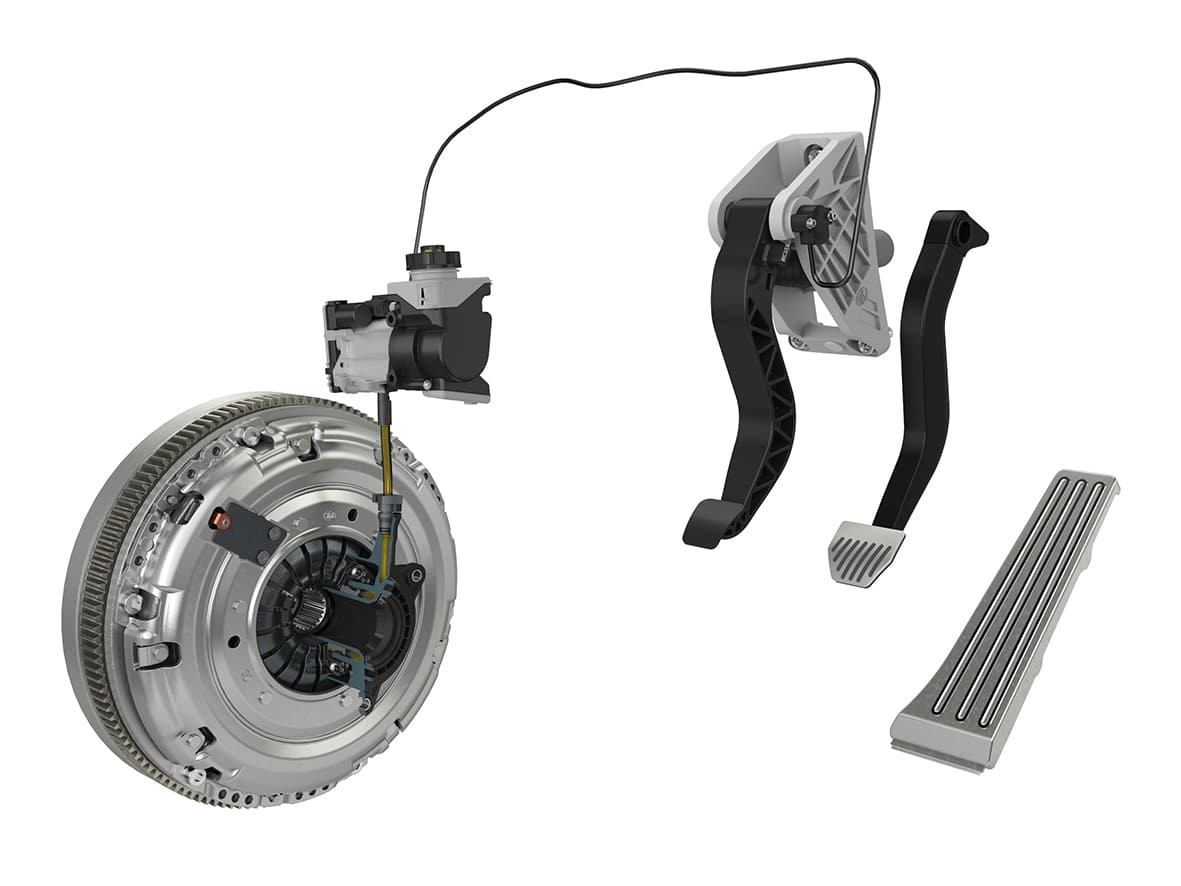 At this year’s GreenTec Awards at IFAT, the laureate in the Automobility category went to Germany’s Schaeffler and LuK GmbH & Co. KG, for its E-Clutch. Markus Kneissler, head of development, automated clutches, talked to DirectIndustry e-magazine about the automatized clutch, which takes over from the driver as needed.

DirectIndustry e-magazine: How did you come up with the concept for the intelligent E-Clutch?

Markus Kneissler: Forecasts say that the current manual transmission production of 40 million per year will increase slightly within the next decade. Schaeffler already optimizes friction and functionality of many components for both gearbox and clutch—it is time to go one step further. In some regions of the world, people want to drive more comfortably in traffic congestion. Other regions want to reduce CO2 emissions by allowing stop/start of the engine in motion. All regions would like to protect the drivetrain against high peak loads. We found an E-Clutch system would open new possibilities in these areas.

Markus Kneissler: With E-Clutch, an actuator can open and close the clutch without the driver pressing the pedal. The entry solution will do so only while rolling, without a pedal pressed, to save fuel. The engine will either remain idling then at low speed, or be shut down completely and restarted only when a pedal is pressed again. The advanced versions are Clutch-by-Wire, with an electronic clutch pedal, and the Electronic Clutch Management, operated completely without a clutch pedal. The actuator controls the clutch completely in either version, and the clutch can be kept open while shifting and stopping.

DirectIndustry e-magazine: What makes it so important as a green technology?

Markus Kneissler: Being able to use the engine only when it is really needed for driving is one of the remaining big potentials for CO2 reduction. It is a technology that has shown relevance in real world driving tests, something which is expected to gain importance regarding the legal requirements of tomorrow.

DirectIndustry e-magazine: What differentiates it from other greener clutch systems?

Markus Kneissler: The systems are optimized for low energy consumption. They are able to control the clutch using an internal control unit that communicates via the existing main CAN bus, which makes it easy to integrate it into existing architectures, and the actuators are designed to be operated using conventional hydraulic clutch release systems, so existing base designs can be used.

DirectIndustry e-magazine: How do you see it paving the way for hybridized drives for new markets?

Markus Kneissler: Hybrids are doing a great job to reduce CO2 emissions. E-Clutch systems are doing so, too. Together, they can do even better! The hybrid system can restart the engine fast and smoothly, and in some configurations can support driving when the engine is off; the E-Clutch can control the transitions between electrical and conventional driving automatically and reacts as the hybrid system needs it to. E-Clutch and hybrid are simply a perfect team.