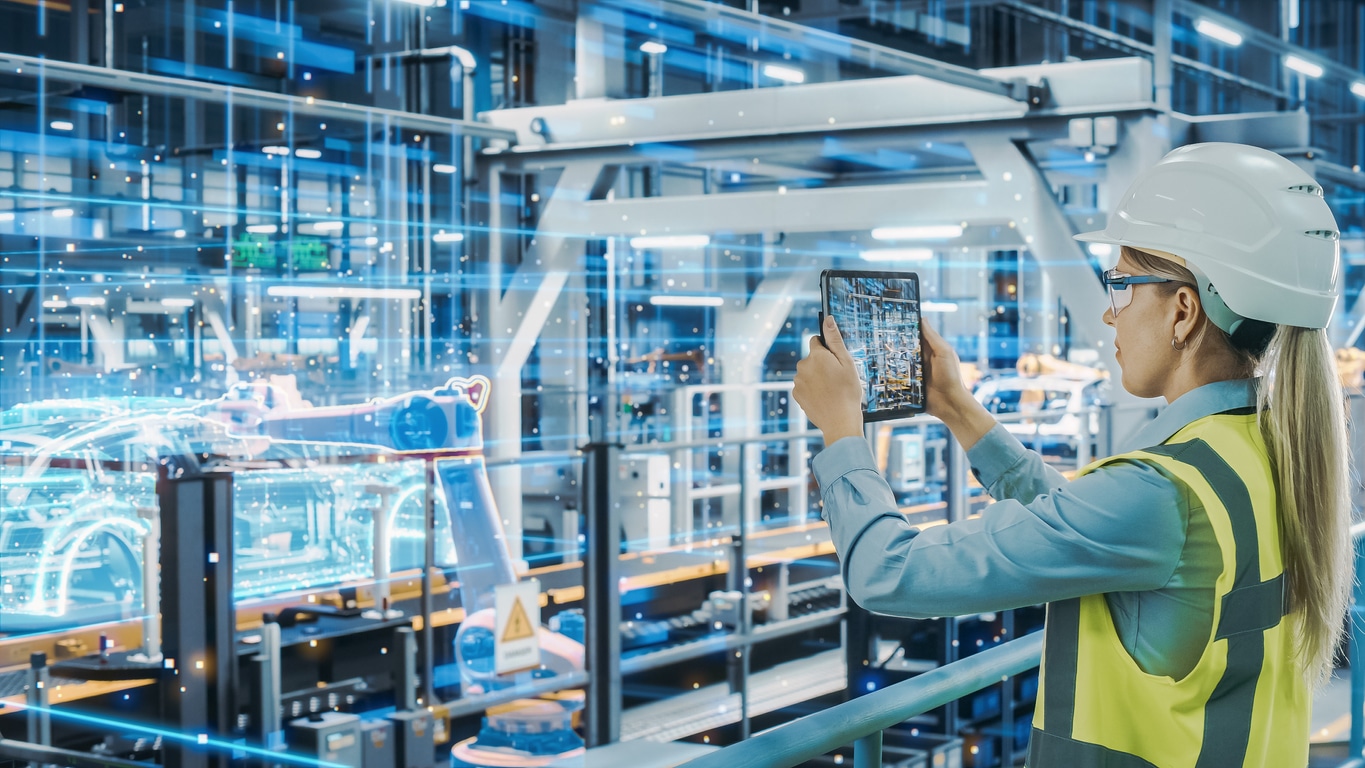 Today, augmented reality and virtual reality lie at the heart of the innovation strategies of many industrial sectors. Often wrongly pitted against each other, these two technologies achieve their full potential when used and combined wisely. To get the best from Industry 4.0, complementarity needs to be found.

For several years now, augmented reality and virtual reality have been at the heart of industrial concerns. Their potential for innovation such as optimizing production is now clear for all to see. Both these digital tools however are still too often presented as two mutually exclusive options to choose between. The reality is quite different though, demonstrating how complementary they really are depending on how they are used.

Both technologies are sometimes thought of as competing against each other because they work on similar principles: modeling and immersion. Born almost simultaneously in the 1990s and based on animation techniques initially developed by the video gaming industry, they both immerse the user in a digitally created environment.

There is one major difference between them, however: the place occupied by the real world. As its name suggests, augmented reality adds digital content to the real world, without making it disappear completely. Virtual reality, on the other hand, can be used to explore an entirely virtual environment as if the user were a character in a video game.

Augmented reality, also called mixed reality when virtual objects can be manipulated, provides for interactions between the physical and digital worlds so to optimize a wide range of design, production, or assistance tasks. During a maintenance operation, for example, a technician can easily access superimposed information about the tasks to be carried out and the surrounding environment.

The ability of augmented reality to present data at the right time and place also makes it an ideal tool for training new employees. Digital data contextualized in the physical world enables the user to understand the information more quickly and easily and to respond accordingly.

Because virtual reality creates a digital environment from scratch, it is particularly useful for simulation or prototyping purposes. Used in the automotive sector especially, it can simulate accident situations or assembly operations without having to organize and fund physical tests, which are of course costly in terms of equipment and personnel.

Like in a video game, virtual reality also enables several people to interact and work together in the virtual world, regardless of where they are physically. For instance, two engineers can work together on prototyping operations and interact directly with the same product being manufactured, even though they are located thousands of miles from each other.

For training, the immersive nature of virtual reality develops muscle memory and prepares learners for situations they are likely to come across. Like augmented reality, it is therefore an excellent way of developing and strengthening technical skills.

Complementary Solutions with the Same Objectives

The extremely diverse applications of virtual and augmented reality both save considerable time and money by perfecting existing processes and making them more fluid. A virtual model can be designed in just a few days, with results that are comparable to a physical prototype which would have required several weeks of production. The new product design process is thus considerably accelerated. Similarly, augmented reality can be used to present information in real-time, facilitating the work of technicians and reducing errors significantly.

Each in their own way, both technologies help to digitalize industrial work and bring engineers and technicians into a world where the digital and the physical interact directly. By giving them access to materialized information, their daily tasks are simplified, providing for gains in efficiency and autonomy.

Far from competing, these technologies are in fact perfectly complementary, provided they are used wisely to optimize processes according to their respective advantages.