Home » Behind the Logo: The Origin of KUKA

Behind the Logo: The Origin of KUKA 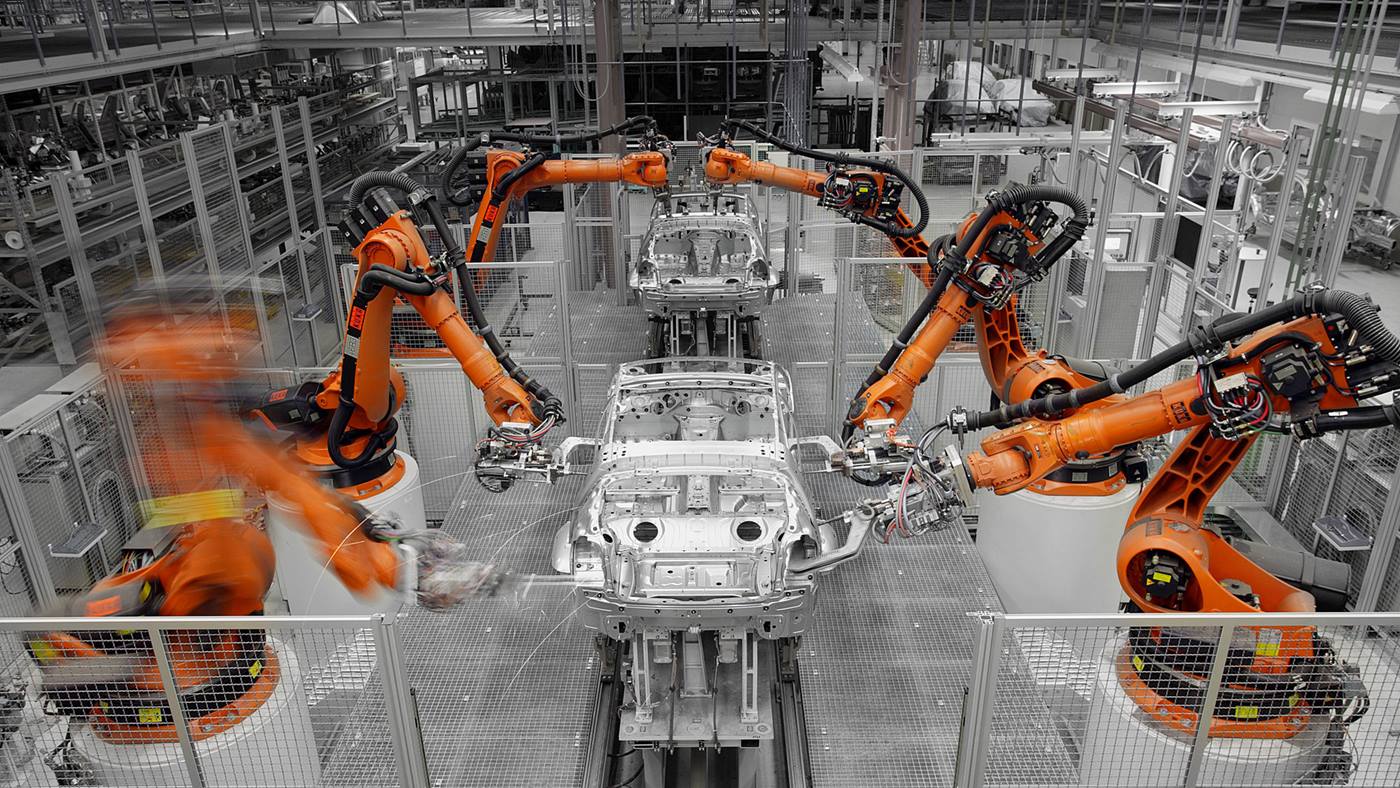 KUKA was founded in 1898 and has become one of the most famous manufacturers of industrial robots made in Germany. But KUKA didn’t start out as a robot company. So, what does ‘KUKA’ stand for exactly? We went looking for some answers about the origin of the famously orange brand and the significance of its name.

You can recognize KUKA robots at a glance. Their bright orange color has become their most distinguishing feature. But the story of this German company started a long time ago and originally did not involve any robots.

And Then There Was Light!

KUKA’s adventure began in 1898. Johann Josef Keller and Jakob Knappich started an acetylene gas factory in Augsburg, Germany (Bavaria). Their idea was to offer a low-cost private and public lighting service. At the beginning, the company was simply named: Keller & Knappich, Maschinenfabrik.

In 1905, the German company expanded its production to include autogenous welding equipment. From that moment, KUKA has continuously set new standards in the field of industrial and small-scale welding technology. They were, for instance, the first to produce an electric spot welding gun in Germany.

In the 1920s, the company started diversifying into other sectors such as the car industry. For example, they manufactured auto parts. A few years later, they became the European market leader in the field of commercial vehicles.

In 1922, the two founders decided to shorten the name of their company. They had already been using a telegram abbreviation combining the first letters of the company’s name “Keller Und Knappich Augsburg”, aka KUKA. This acronym became their new trademark. From then on, the German company would only be known by the name KUKA, up until today.

But when did KUKA go from being a welding technology provider to an industrial automation and robot manufacturer? Let’s go back in time.

After WWII, KUKA perfected its offer of welding technologies. It manufactured welding machines and other small equipment such as the “Princess” portable typewriter.

In the 1950s, the company developed an automatic welding system for the production of refrigerators and washing machines. It also supplied a multi-spot welding line to German car manufacturer Volkswagen AG.

Finally, in 1971 a robotic welding line was installed for the production of the Daimler-Benz S-Class.

KUKA truly entered the field of robotics in 1973 when it released Famulus, a six-axis electromechanical industrial robot. This was a world premiere. Famulus was followed in 1978 by an IR 601/60 robot, a six-axis electric robot with an angled wrist.

At the beginning of the 1990s, the company manufactured robots with brushless motors.

In 1996, KUKA went even further and was the first robot manufacturer to enable control of a robot via a PC.

Since the 2000s, KUKA’s orange robots have been breaking records. The company has become a major supplier to the German automotive industry, including Audi, Daimler and BMW. It also supplies the assembly lines of Airbus.

In 2001, KUKA robots were used in “Cyberknife”; the world’s first robot-guided radiosurgery system, to treat tumors with complex surgery.

In 2007, the KUKA KR 1000 TITAN was released with its 1,000 kg payload. This earned a nomination in the Guinness Book of Records as the strongest six-axis industrial robot in the world.

In 2013, KUKA entered the cobot market with the LBR iiwa. This was the world’s first mass-produced robot sensitive enough for direct Human-Cobot Collaboration.

In 2016, the German Ministry of Economic Affairs announced the takeover of KUKA by Chinese home appliance company Midea. Midea completed the acquisition in January 2017. The head office remains in Augsburg.