9/11 Attacks: How The Twin Towers Collapsed 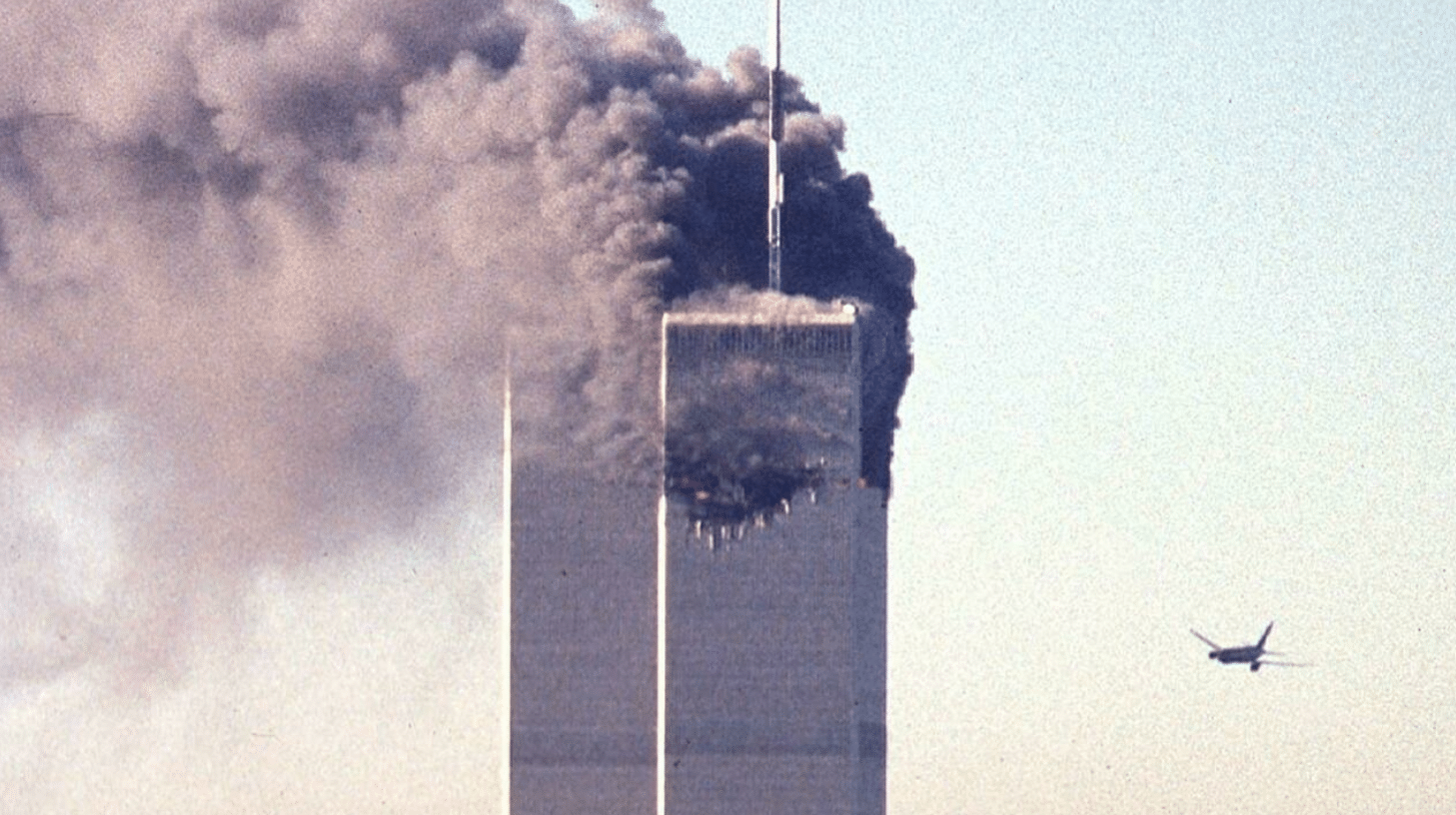 The attacks on the World Trade Center by Al Qaeda on September 11, 2001 was an event as surprising as it was tragic. A painstaking investigation involving state-of-the-art modeling has lowered the chances of it happening again. DirectIndustry e-magazine interviewed several industrial engineers to investigate how the Twin Towers concretely collapsed.

On the morning of September 11, 2001 – 20 years ago to this day – two hijacked planes were deliberately flown into each of the two towers of the World Trade Center (WTC) in New York City, as part of the deadliest terrorist attack in US history. By 10.30 am, both of these iconic, 400-meter-plus skyscrapers had completely collapsed, causing more than 2700 fatalities.

The total destruction of such massive buildings not only shocked the world but led a growing number of people to ask the question – what caused the Twin Towers to drop in such devastating fashion?

Anatomy of a Collapse

Forty percent of the weight of the towers was carried by their facades made of 236 steel columns. 60% rested on the central core composed of 47 steel columns. The floors were made of 10 centimeters thick light concrete slabs resting on a steel lattice.

The designers and structural engineers had taken into account the effects of a commercial airplane impact and believed that the structures would remain standing should such an event occur. But when the two Boeing 767 hit the towers at 700 and 900 km/h on September 11, 2001, the scenario was quite different.

For the first tower to be hit, the North Tower, the plane was flying at 700 km/h and hit the upper floors. The tower remained standing longer before collapsing.

For the second tower, WTC 2, the plane arrived at 900 km/h and destroyed 8 floors, 33 exterior columns including 10 of the central core. The tower first resisted but its lightweight construction, the hollow nature of the structures and the fact that the thermal insulation was blown by the plane allowed the kerosene to penetrate to the interior of the towers, igniting numerous fires simultaneously over a large area of the affected floors.

The temperature of the fires reached 1000°C, weakening the steel columns and reducing their ability to support the upper mass of the building. The tower, therefore, collapsed in just 10 seconds.

Thomas Eagar, Professor of Materials Engineering and Engineering Management at the Massachusetts Institute of Technology (MIT), who has authored a paper on the collapse said:

“From an engineering perspective, the sudden and dramatic failure of two such buildings was unprecedented. Despite the magnitude of the impacts, a lot of structural engineers and veteran disaster investigators were stunned that it had happened. Immediately afterward there was widespread speculation that the buildings were structurally deficient, that the steel columns had melted, or that the failure of the fire suppression equipment had been an important factor. Subsequent investigations, which clarified all of these issues, disproved many initial theories.”

Shortly after 9/11, the Federal Emergency Management Agency (FEMA) and the American Society of Civil Engineers (ASCE) assembled a group of scientists and engineers to investigate the collapse of the Twin Towers and of a third and smaller building nearby, WTC 7, whose collapse would generate controversy and conspiracy theory.

Analyzing videos, eyewitness accounts and debris, the team published a hypothetical report on the causes in April 2002. This was followed by a far more thorough and better-funded investigation by the National Institute of Standards and Technology (NIST), which took around three years to complete.

Dr. Therese McAllister, a structural engineer with NIST who played a key role in investigating the collapse, explained:

“The goals were to look at the construction of WTC 1 and WTC 2, the materials used, and the technical conditions that contributed to the outcome of the disaster. There were many questions that needed to be answered, chief among them being how and why these buildings collapsed following the initial impact of the aircraft, and how we could minimize the chances of a similar event occurring in the future.”

The NIST investigation considered a number of hypotheses for the collapse of WTC 1 and WTC 2, complementing its in-house expertise with an array of technical specialists. A total of more than 200 staff – including about 85 career NIST experts and 125 leading experts from the private sector and academia –  poured over tens of thousands of documents. They interviewed more than 1,000 people, reviewed thousands of videos and photographs, analyzed 236 pieces of steel from the wreckage, and performed laboratory tests involving large fires and the heating of structural components.

Regarding WTC 7, the third building that collapsed at the WTC site later in the day on 9/11, several engineers felt that its sudden drop must have been the result of controlled demolition. According to NIST, however, the reason for its collapse was due to uncontrolled fires on multiple floors, which were caused by debris dropping from WTC 1 and 2. This was the first time that a building of this kind had rapidly and completely collapsed due to fire.

The NIST investigation into WTC 7 was published in 2008 and some people still dispute it. However, the idea that people somehow snuck into the building undetected and planted explosives is absurd. Besides, there were no sounds of explosions when the building fell.

The NIST investigators then developed sophisticated computer models. This helped them to understand how each tower was damaged by the initial airplane impact, how the aviation fuel that each plane carried was dispersed, how fires subsequently evolved across multiple floors, and how building structures heated and eventually failed.

“Using SAP2000 version 8 software, a global, three-dimensional reference model of each tower was developed that encompassed the 110 stories above ground and six subterranean levels. Another finite element package, LS-DYNA, that could accommodate a far higher level of detail for the building components and the highly non-linear behavior of the tower and aircraft materials, was used for the impact simulations.”

Modeling such complex structures and complex thermal and structural processes stretched the technology of the time to the limit, pushing the boundaries of software tools and computer hardware. The team often had to invent new modeling capabilities to get the simulations to work, such as the mapping of fire-generated environmental temperatures onto the structural components of the towers.

“Finally, a separate global analysis of each tower helped determine the relative roles of impact damage and fires with respect to structural stability and the sequential failure of components and subsystems. This was used to determine the probable sequence of events leading to the collapse.”

Published in 2005, the final NIST report on the collapse of WTC 1 and WTC 2 was widely accepted by the structural engineering community. It concluded that the towers had fallen because the impact of the planes severed and damaged support columns, dislodged fireproofing insulation coating steel columns and floor trusses, and widely dispersed jet fuel over multiple floors.

While these fires were insufficiently hot to actually melt steel, they progressively weakened the floors and columns with dislodged fireproofing to the point where floors sagged and pulled inward. This led to the bowing of perimeter columns and the failure of the south face of WTC 1 and the east face of WTC 2, initiating the collapse of each building. WTC 2 collapsed more quickly than WTC 1 because it experienced more damage to its core.

“Every large building has a redundant design that allows for loss of one primary structural member, such as a column. But when multiple members fail, as they eventually did in both buildings, the shifting loads eventually overstress the adjacent members and the collapse occurs like a row of dominoes falling down.”

The Lessons of September 11

The fall of WTC 1 and WTC 2 on September 11, 2001, posed questions about the stability of tall buildings in fire. Understanding the collapse of the Twin Towers offered the opportunity to learn useful engineering lessons and improve tall building design. For Thomas Eagar,

“It’s important to note that the Twin Towers were not defectively designed. Skyscrapers are designed to support themselves for three hours in a fire, even if the sprinkler system fails to operate. This should be long enough to evacuate the occupants. The WTC towers lasted for one to two hours – less than the design life, but only because the fire fuel load was so large.”

Following 9/11, NIST nevertheless issued many recommendations to improve the safety of tall buildings and the emergency response in the face of major threats. Many of the recommended changes have been adopted in building and safety codes across the US.

For example, buildings taller than 130 meters are now required to include an extra exit stairwell or a specially designed elevator that occupants can use for evacuation. Stairwells in buildings more than 22 meters high must now have glow-in-the-dark markings, while spray-applied fire-resistive materials must perform far more effectively than before.

A Recap of the 9/11 Terrorist Attacks