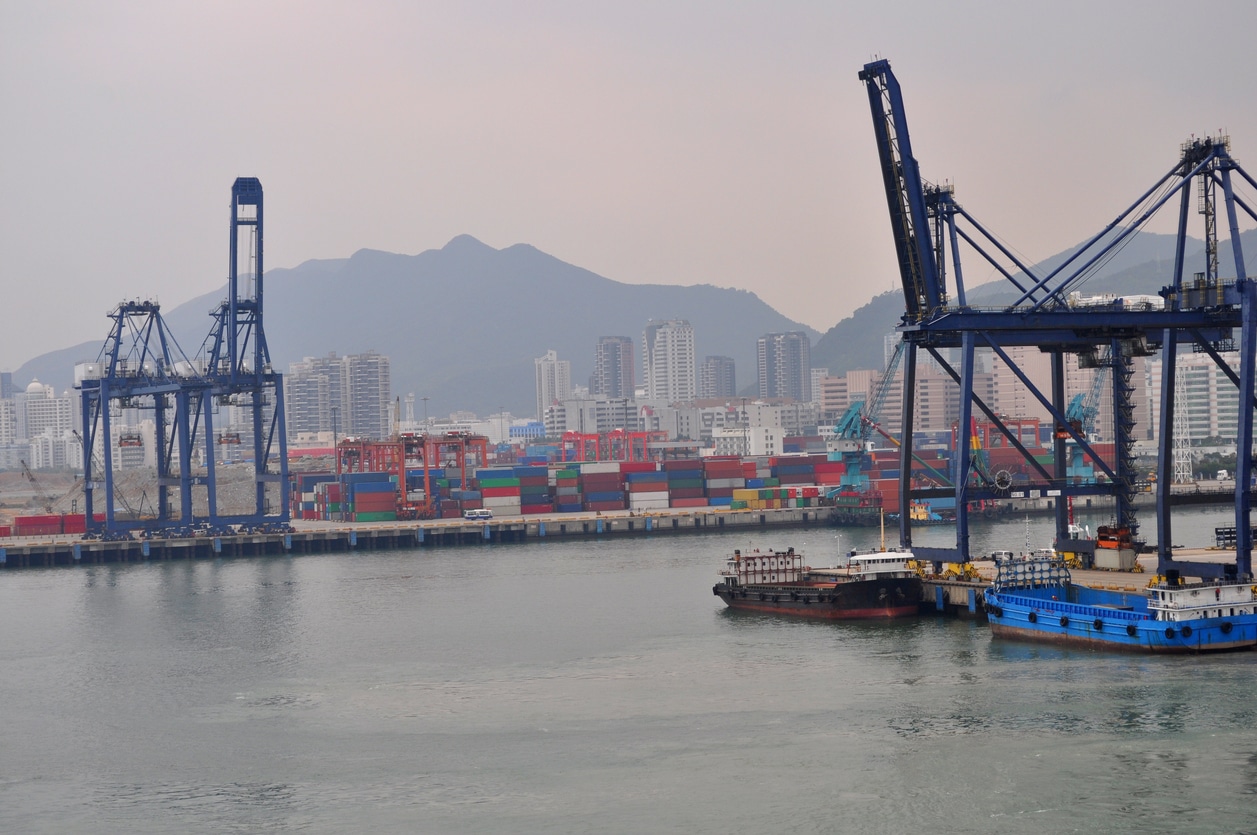 More than one month after a COVID outbreak among workers disrupted operations, the Chinese port of Yantian returned to business as usual on June 24. All berths at the port, which is part of the Port of Shenzhen in southern China and one of the world’s busiest container terminals, were open and functioning, with the virus now apparently under control. Yet despite this return to normality, the fallout from the disruption is expected to continue for many months.

Mid-May, the Chinese authorities closed the Chinese port of Yantian for two weeks to combat an outbreak of COVID-19 in the Guangdong region, where the port is located. Several workers at the port had tested positive. The blockage of the port which is just in front of Hong Kong was less publicized than the setbacks of the “Ever Given” in the Suez Canal in March. However, the disruption could have greater consequences than the Suez Canal episode and could last until the end of the year.

A Greater Impact on World Trade

Many of the world’s major shipping companies, such as A.P. Moller Maersk A/S and Mediterranean Shipping (MSC), have been skipping Yantian over the last few weeks, where more rigorous health and safety checks have caused congestion and extended processing times. This, in turn, has caused snarl-ups at other ports and added more pressure to supply chains already impacted by the COVID-19 pandemic and the Ever Given blockage.

“The situation at Yantian has exacerbated existing global supply chain disruption, causing more bottlenecks in neighboring ports and terminals. This has delayed the much-needed improvement in port productivity required to handle the surge in container traffic seen from the second half of 2020.”

The port of Yantian is crucial for Chinese exports. Every day, more than 35,000 cargo ships come to the port to fill their containers. 20 percent of all goods shipped to the United States come from this port. Globally, more than 10% of China’s exports leave from there. These include phones, computers, textiles, components, spare parts… And with the pandemic, China’s share of world trade has even reached a new record high. Indeed, the end of the crisis led to a strong rebound in demand but China was one of the few countries to get its factories back up and running in time to meet the needs of consumers around the world. So the Yantian-related disruption is currently having an even greater impact on world trade than before the pandemic.

And there are other consequences. Yantian-related disruption has already inflated shipping costs. Spot rates for 40-foot containers to Los Angeles from Shanghai have risen 11% in June, according to the Drewry World Container Index, while Shanghai to Rotterdam rates are up 10%.

The Süddeutsche Zeitung, a leading German newspaper, reports that it currently costs $20,000 for a 40-foot container ship to travel from Asia to northern Europe, up 1,000% from before the pandemic.

“Freight rates, which were already extremely high, have risen further, and it feels inevitable that they will climb higher as we head into the third-quarter peak season. Both importers and exporters will suffer if delays and waiting times extend.”

Shipping companies are doing their best to mitigate the impact of delays and rising costs, although the effectiveness of their efforts may be limited.

“Carriers are buying new containers and liner services are being adjusted – including carriers suspending bookings – to try to avoid the most congested ports and regions. However, this only seems to be spreading the problem to new locations. Some cargo owners are even resorting to DIY methods and using non-containerized shipping to move their goods.”

Even though Yantian is now fully open, the large backlog of cargo at the port remains a major problem, explains Lars Jensen, CEO of  Vespucci Maritime in Copenhagen.

“With an open port you now need to deal with the full force of the normal cargo flow, and then the backlog on top of it. In this respect, I expect full normalization to take a couple of months. On top of this, there is also a capacity shortage on vessels out of Asia. This means that taking extra cargo to handle the backlog from Yantian will lead to a reduction of available capacity out of other ports in Asia – and hence the problem will be felt across the market in the coming weeks. Realistically the impact could be felt well into 2022.”

Many experts believe the Yantian situation highlights the vulnerability of global shipping to issues such as pandemics, says Simon Heaney:

“Preparing for Black Swan events such as pandemics is clearly impossible, but having such a lean supply chain with very limited excess capacity meant that it didn’t take long to break down. Somehow the industry needs to build in more resilience. That could mean cargo owners looking at near-sourcing, the improvement and expansion of terminals, and transportation providers adding more excess capacity, which they may be loath to do if they get punished with lower rates.”