Home » Automation Starts to Revolutionize the World of Aviation

Automation Starts to Revolutionize the World of Aviation 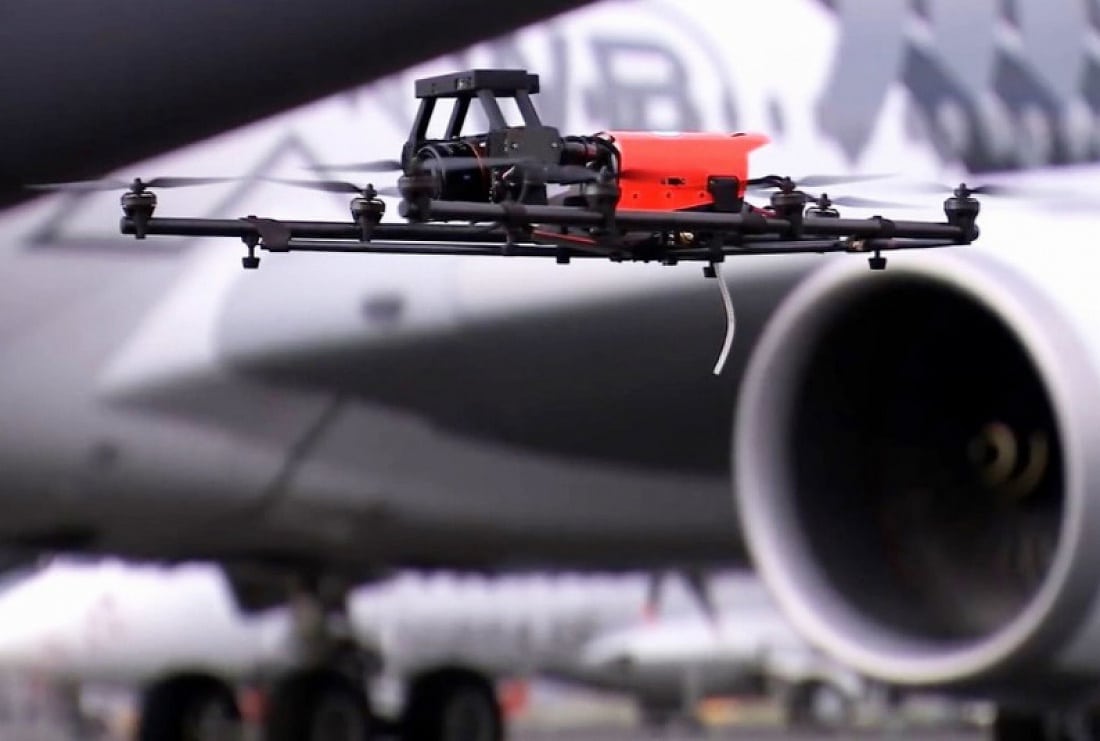 Within the world of passenger experience, automation has benefits for both passengers and airlines. Travellers see reduced lines by using self-service kiosks, automated bag drop, automated border processing, scanning their way into lounges and using automated boarding gates, while airlines and airports can lower staffing levels and save money.

The drone is ideal for inspecting upper fuselage areas, which are often complex to reach from the ground. It takes high-resolution images and transmits them to a computer system, which then uses software to analyse anomalies and flag them for experienced maintenance engineers.

Developed for in-hangar use, the drone has laser-based guidance systems to detect and avoid obstacles, halting the inspection process if necessary. It’s all part of Airbus’ Hangar of the Future portfolio, which, according to them “combines the use of innovative technologies and smart, Internet of Things-connected equipment such as ‘collaborative robots’ (cobots), drones, scanners, cameras and non-destructive sensors, with aircraft technical documentation and aircraft in-service data collected by Airbus’ open data platform, Skywise.”

Yet automation is moving into new frontiers within technology operations too. Rolls-Royce displayed an ecosystem of maintenance robots at this year’s Farnborough Air Show, while Lufthansa Technik — part of the German-led airline group — is at the forefront of this work. Its CAIRE (Composite Adaptable Inspection and Repair) mobile robot is designed to repair the increasingly common composite plastic parts of modern aircrafts, from bodies to wings to stabilizers and beyond.

The robot works on a 1x1m section of an aircraft at a time, including thick and complex areas like the box connecting the wings to the fuselage. As Lufthansa Technik’s technical note explains, “it scans the damage, identifies the surface and calculates both the form of the scarf joint and the milling path before cutting out the damaged material. Afterwards, the repair layers are cut to size and inserted into the 3D scarfing surface created by the robot. The newly inserted part is then manually glued to the fuselage and cured.”

First, we evaluate the potential of the use of new technologies. In addition to classic economic efficiency (cost and time savings), the degree of technological maturity, the requirements for approval and operation, as well as the scalability of the automated process within our organization play an important role in the implementation of a new automated process

Yet support for staff who can might be concerned about becoming surplus is also crucial, Rexhausen says.

The general changes in the requirements for employees in the context of increasing digitization and automation are the subject of projects within the HR department. An important aspect is to create transparency, especially for productive employees, about automated tasks currently being implemented and technological trends in general, as well as the early involvement of the employees concerned before implementing a new process. Task-specific training and further education are offered in parallel for the employees.

Now the newly developed inspection procedure is being made as robust as required for industrial use. In addition, the procedure is being rolled out for other combustor parts from engines of the CFM56 and CF34 families. Once this task is complete, the second phase of industrialization will be concluded. In phase three, the algorithms used to evaluate the scan data will be improved to simplify the transfer to automated repair.

The key for Lufthansa Technik — and other players in the automation sector — is building on their existing work. The company states,

Overall inspection performance is being improved further with the plan of obtaining approval as an alternative procedure for fluorescent penetrant inspection (FPI). In mid-2018, the automated inspection and repair procedures were scheduled to be brought together in a single process chain.

As we move into the second and even third iteration of many of these new technologies, we can expect to see exponential growth in their reach and effectiveness as they expand in surprising new areas.