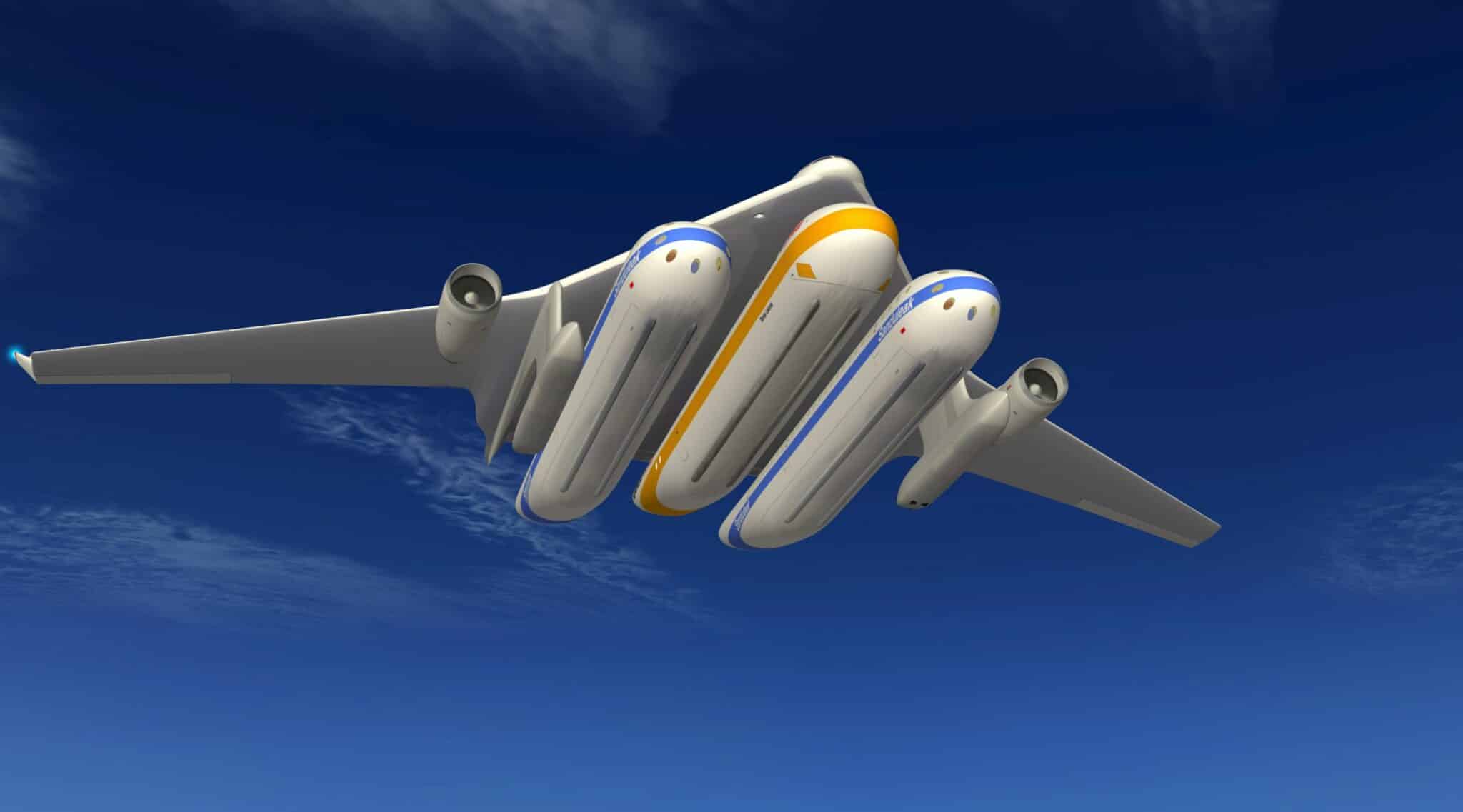 Air travel may be a well-established mode of transportation but technological innovation continues to push the boundaries of powered flight. An aeronautical revolution, focused on energy efficiency and emissions as well as improved passenger convenience and safety, is now on the verge of transforming how we take to the sky.

According to the International Air Transport Association, the number of aircrafts in our skies will increase sixfold by 2050. Many of these new planes will represent a radical departure from contemporary aviation.

Back With a Boom

Supersonic airliner Concorde made its last commercial flight 15 years ago. Yet the idea of passenger planes flying faster than Mach 1 (around 1,200 kph) has never really gone away.

Boston-based Spike Aerospace is currently developing the S-512 Supersonic Jet, which it claims will be on the market by 2023. With a top speed of Mach 1.6, this 18-seater’s innovative cranked wings enable supersonic flight with reduced sonic boom. The jet’s windowless cabin will provide passengers with a panoramic view of the outside world on digital screens connected to external cameras. This makes the cabin quieter and boosts the plane’s aerodynamics and fuel efficiency.

With a price tag of up to $100 million per plane, the S-512 will cater to the upper end of the air travel market. CEO and President Vik Kachoria explains:

It will initially be aimed at business travellers who need to meet with customers, suppliers and staff around the globe.

The S-512 will compete with offerings from Boom Technology and more direct rival Aerion Supersonic. Aerion’s AS2 is a 12-seat, $120 million, Mach 1.4 business jet, while Boom’s larger 55-seat “Boom” plane would be the world’s fastest commercial airliner with a top speed of Mach 2.2. Both are currently scheduled to hit the market between 2023 and 2025.

The Concept of Flying Cars

Scheduled for market release in the second half of next year, one flying car that can be ordered right now is the Terrafugia Transition. A folding-wing, two-seat vehicle, the Transition is designed to fly like a small plane and drive like a normal car. It will run on automotive fuel, fit in a single-car garage, and convert between flight and drive mode in under a minute. With a provisional price tag of $279,000, it boasts an aerial range of around 650 kilometres and owners will need a light sport pilot licence to operate it.

The ability to go from driving to flying and back to driving again in a fully certified vehicle makes the Transition truly transformational. We’re aiming at general aviation pilots, enthusiasts, hobbyists and commuters.

Terrafugia shares the flying car space with a host of competitors. These include Aeromobil, a Slovakian start-up founded in 2010. The company’s Aeromobil 4.0 STOL, which the company says will reach the market in 2020 at a cost of between $1.3 million and $1.6 million, operates as both a hybrid electric terrestrial vehicle and a conventional fuel-powered airplane (electricity is supplemented through solar panels on top of the wings). It boasts a range of 750 kilometres in the air and 100 kilometres on the ground.

German start-up Lilium is developing what it claims to be the world’s first electric VTOL jet, powered by 36 electric jet engines on movable wing flaps. The company is aiming for its first manned flight next year and a fully operational taxi service by 2025.

At the more hypothetical end of the spectrum is Clip-Air. This potentially revolutionary air transport concept is based on a flying wing that can carry mobile and interchangeable freight and passenger pods that also travel by rail, explains project manager Claudio Leonardi:

Clip-Air is a plane-train hybrid. Capsules would leave airports by rail and travel to city centres for passengers or factories for cargo.

Major passenger plane manufacturers are unsurprisingly playing their part in this revolution too. Due for commercial launch in 2020, Boeing’s 777X, which the company claims will be the largest and most efficient twin-engine jet in the world, will feature innovative retractable wings. Airbus is focusing on efficiency too – the company’s BLADE project aims to use laminar wings to slash wing friction by 50% and CO2 emissions by 5%.