Home » Blockchain Takes to the Skies to Kickstart the UAV Revolution

Blockchain Takes to the Skies to Kickstart the UAV Revolution 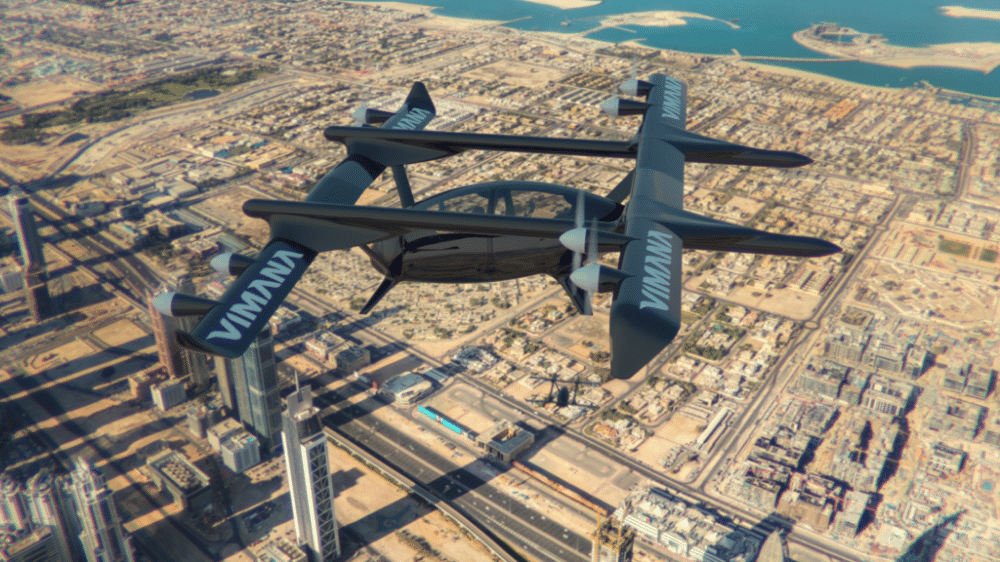 Flying cars, taxis and deliveries are hot topics. Stellar brands such as Uber, Google and NASA are all working on technology to transform passenger and freight transport, largely with unmanned aerial vehicles (UAVs). But something is missing: how will they be controlled and managed safely in densely populated urban environments?

Start-up VIMANA has developed an automated aircraft control platform, based on blockchain technology, as well as an aircraft itself. We caught up with Max Smetannikov, chief information officer of blockchain and aerospace technology, to get some answers about this fast-developing area of aviation.

Max Smetannikov: Most of these companies bring the bird to the table and then say to the authorities, “you’ll figure something out” when it comes to controlling air traffic. To move air travel into urban environments, you need a vertical take-off and landing (VTOL) aircraft. The difficulty is these aircrafts often suffer from problems with unsettled air, which can cause performance to become unstable, especially when making the transition from horizontal to vertical flight. We’ve developed the technology to overcome this problem, making it practical and safe to develop VTOL aircrafts for mainstream passenger flights. The patent is pending on the technology.

The second thing that’s different about VIMANA is we have developed a software platform to automate the control of UAVs in congested areas. In as little as five years, you will see the skies above cities filled with these drones. Amazon is already developing its Prime Air delivery system, for example. The problem is, who is going to control all the drones? The air traffic control systems we currently use for much larger aircrafts cannot cope with the number of UAVs coming into service. We’ve developed a blockchain-based protocol that automates what needs to be done to control hundreds of millions of flights.

MS: With the VIMANA Blockchain Airspace Network, every VTOL is a node in the network. Each shares information with other VTOLs to enable autonomous, safe navigation. This removes the reliance on centralized air traffic management systems, which will likely not have the capacity once VTOL urban travel grows.

We’ve re-engineered aspects of the blockchain to avoid latency and improve the reliability of the in-flight data, while passenger data, for example, does not need to be transferred in-flight. Most likely city-based operations centers, that currently control traffic and other infrastructure, would take over the administration of the system.

DirectIndustry e-magazine: What challenges remain before you launch the aircraft and the blockchain platform?

MS: The VTOL has completed its third test flight and is now ready for exhibition flights, which will start in the second half of this year. On the blockchain side, we are part of a working group with NASA and the US Federal Aviation Administration to share working on Blockchain Airspace. We require 30 memoranda of understanding from governments to go live in the countries where we want to operate. We have five cities on our current roadmap. We expect to be live in one in the second half of this year, most likely in south-east Asia or the middle east.