Home » Drones: Reach for the Sky

Drones: Reach for the Sky 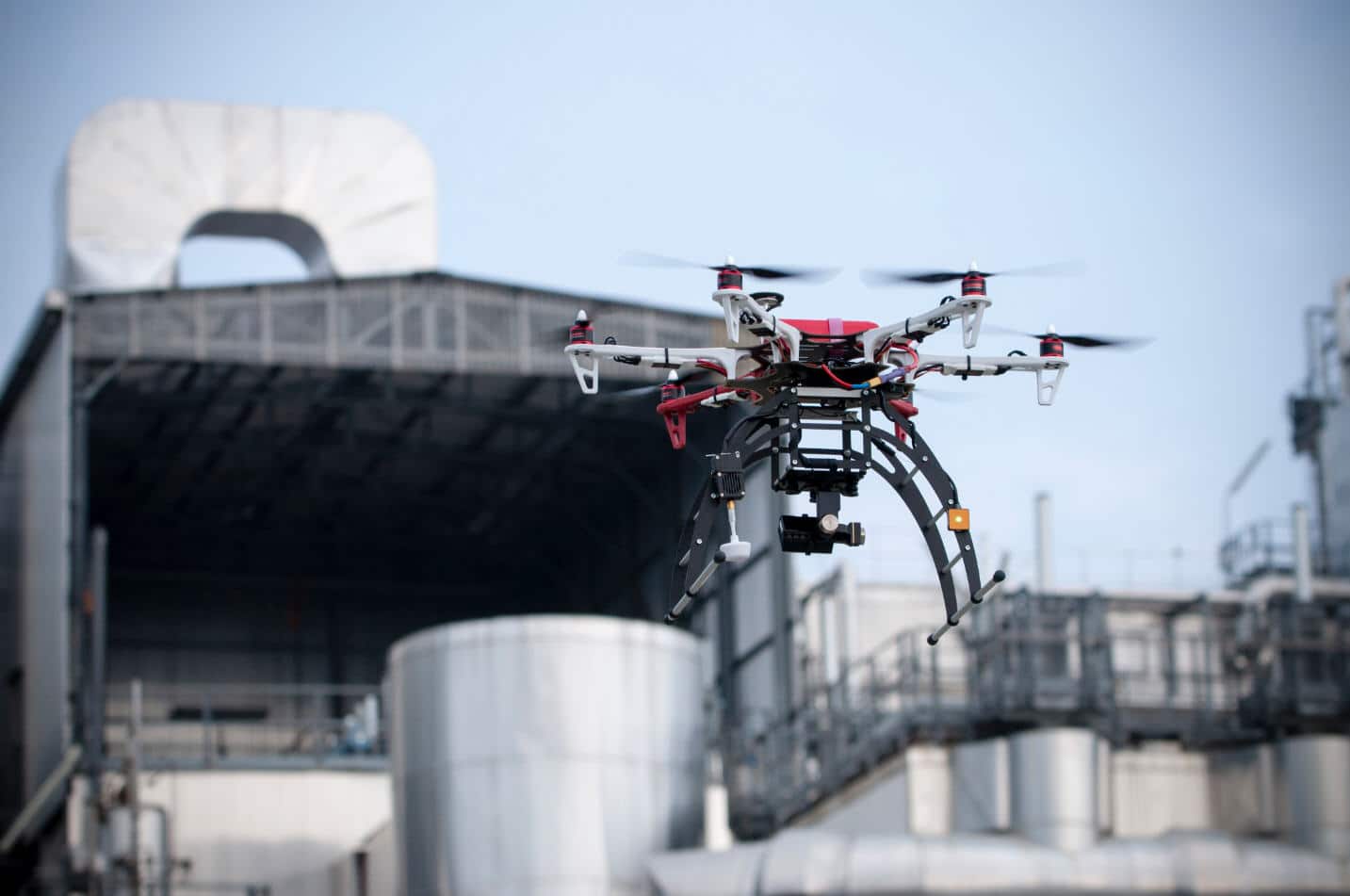 The next industrial revolution may be zooming around just above our heads. From maximizing crop yields to inspecting wind turbines and checking insurance claims, the increasing capability, affordability and availability of unmanned aerial vehicles, or drones, is set to radically change the way many companies do business.

Most of us are familiar with recreational drones, and even their burgeoning use by Google and Amazon. But with the commercial drone industry now gathering momentum, package delivery is just the tip of the iceberg. The number of drones on DirectIndustry.com gives a good idea of the size of the market.

According to a 2016 report by consulting firm PwC, the global market for drones, currently valued at around $2 billion, could replace nearly $130 billion worth of business services and human labor over the next few years.

Underpinned by new technology, the creation of regulatory frameworks and growing awareness, the economic case for drone use is increasingly compelling.

Developments in sensor technology are playing a vital role in the proliferation of ever smarter drones. Boasting cutting-edge sensors for RGB (visible light), multispectral, hyperspectral and thermal imaging, as well as for laser (LiDAR) scanning, they are increasingly used in industrial sectors such as infrastructure and agriculture. Michal Mazur is head of PwC’s Drone Powered Solutions team.

The quality and quantity of data being collected by drones is a real game changer. For example, drones will allow farming to become a highly data-driven industry, leading to increased productivity and yields.

The eBee Plus can map more square kilometers per flight than any drone in its weight class. It’s all about efficient, survey-grade accuracy.

UK-based QuestUAV also produces drones for surveying and mapping, with commercial applications across industrial sectors such as mining, agriculture, construction and infrastructure. The company’s drones carry reusable parachutes, allowing them to land almost vertically. Non-standard sensors can be used to measure air quality and other variables.

With the ability to go places that humans can’t, or won’t, commercial drones are increasingly important in industrial sectors as diverse as energy and security.

The drone is targeted at clients such as operators of oil tankers and LNG carriers and the industrial chemical sector. It not only reduces risk, but slashes maintenance costs too.

With commercial drones increasingly adept at navigating their immediate environment, they also can go farther and faster.

Chinese firm Yuneec claims that its Typhoon H is the first drone able to detect obstacles and intelligently navigate around them, regardless of operator input. Omid Maddah of the communications team explained:

Our Intel Realsense sensor performs millions of depth-point calculations a second. Via the sensor, the drone can actually memorize its environment, dramatically reducing the risk of collision.

One of the biggest bottlenecks in the development of the market is the legislation. Drone-related regulations struggle to play catch-up with advancing technology, says Martin Eriya, Head of Digital Media at QuestUAV.

The proliferation of commercial drones also has driven the development of safety-related software and services. North Carolina-based PrecisionHawk launched its LATAS airspace safety platform last year, purportedly the only one to link drones, three-dimensional ground data and real-time manned aircraft data from the FAA.

The lack of vendors capable of offering true end-to-end solutions is another obstacle. Drone-based solutions require more than just a solid flying platform paired with a sensor.

For Jean-Thomas Celette, senseFly’s head of sales and marketing,