Oil&Gas: Inspection Drones are Taking Off 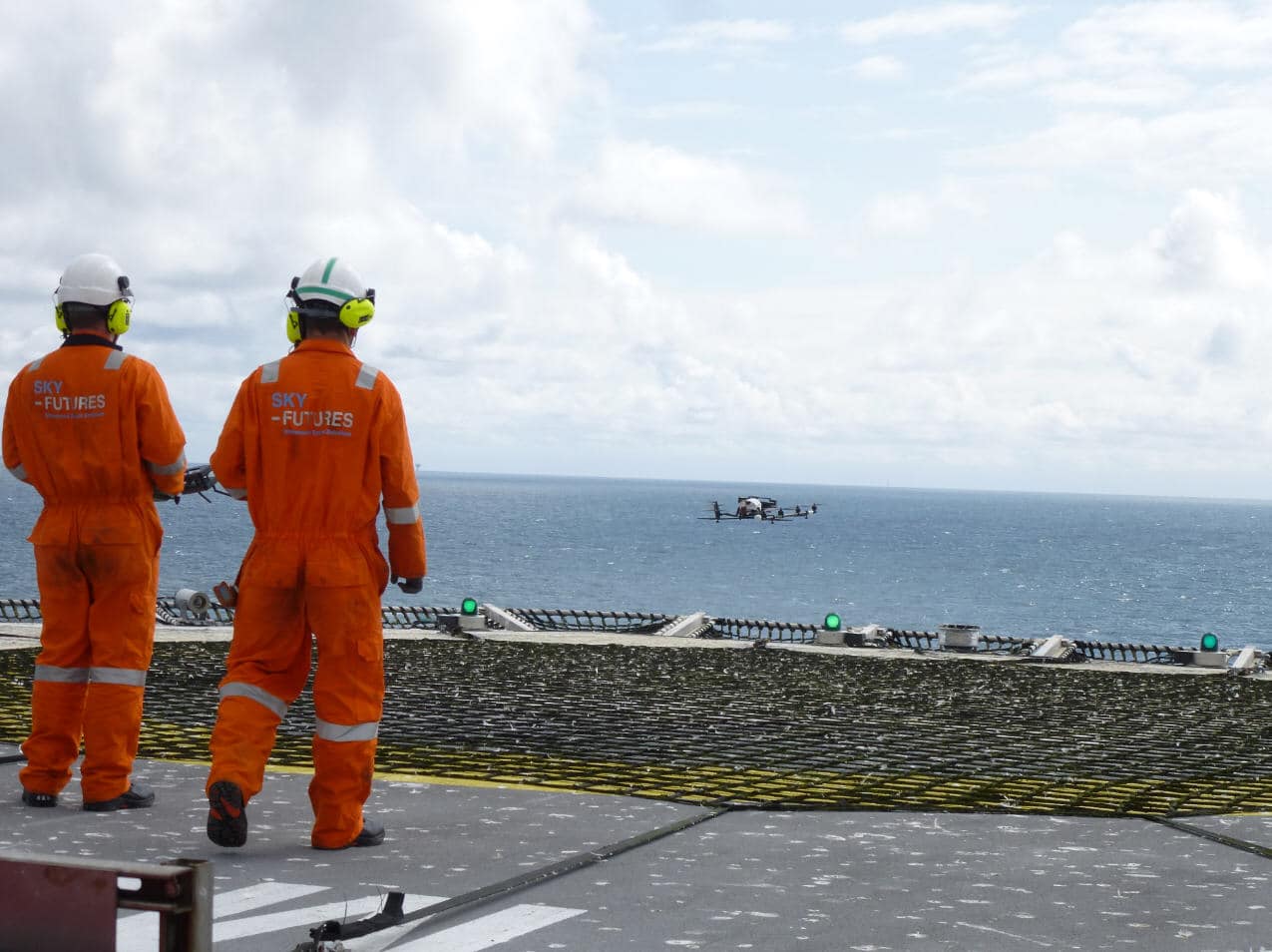 From 3D laser mapping to identifying pipeline corrosion and checking well pads, refineries and chemical plants, the use of unmanned aircraft systems (UAS) is on the rise, both onshore and off.

Drones get bad press. They’re often seen only as weapons of war or as a potential danger to aircraft. However, they are emerging as an important tool for better and safer inspections in the oil and gas industry, both on and offshore.

Checking Pipelines with Cameras and Sensors

Drones can check pipelines, infrastructure, transmission lines and entire facilities for explosion risks without exposing safety officers to the dangers of on-site visits. Sky-Futures, PrecisionHawk, Cyberhawk Innovations and Xamen Technologies are the primary pioneers in this field.

Cyberhawk’s ROAV (remotely operated aerial vehicle) contains a high-definition still and video camera, as well as a thermal camera. PrecisionHawk’s vehicle also has methane sensors for monitoring air quality, smoke plumes or traces of gas or vapor. PrecisionHawk currently uses WiFi, but cellular connectivity is coming later in 2016. Most drones are ‘dumb’, sending images and data to a cloud platform for analysis.

In addition to saving time, drones enable close-up inspections in dangerous and hard-to-reach areas. Philip Buchan is commercial director at Cyberhawk, which conducted the very first ROAV industrial inspection in 2010. The company has completed many projects for major oil and gas companies around the world:

[Drones] eliminate the need for personnel to work at height, in difficult-to-access areas and on live assets.

In January 2016, Sky-Futures completed the first-ever industry drone inspection in the Gulf of Mexico. Its examination of a derrick, heli-deck and four cranes on a drill ship was completed in two days rather than the usual 17, according to Sky-Futures. Meanwhile, Xamen is aiming its LE 4-8X Dual ATEX drone at oil tankers, liquid natural gas (LNG) carriers and the industrial chemicals sector.

For Patrick Lohman, VP of Partnerships at PrecisionHawk:

Drones serve as ‘people multipliers’ allowing oil rig personnel, both offshore and onshore, to conduct on-demand and detailed risk assessments without having to shut down or postpone operations, and more importantly, without putting themselves in harm’s way during rough weather.

That’s achieved through intelligent remote sensing capabilities. For example, spectrometers can identify organic compounds from their characteristic light wavelength signatures. Their use enables oil and gas companies to survey and monitor a large area without exorbitant manpower expenses.

That’s vital in large-scale operations involving pipeline monitoring, inspection of critical infrastructure and geological mapping. All are core industry tasks that would otherwise take too much time and are too expensive.

PrecisionHawk’s Lancaster UAV can be purchased for US$16,500. Flight costs run to about US$2,000-US$3,500 depending on location, or US$2.50 per acre. However, transmitting live video from a drone can be expensive.

Drone flight planning, data processing and analysis are almost entirely automated, but there is a manual side to their operation, explains Cyberhawk’s Buchan.

The ROAV is operated using a two-man team—one specially trained ROAV pilot working on a line-of-sight basis, controlling the drone’s position in the air, and one inspection engineer controlling the camera and conducting the inspection.

The Sky-Futures drone is also operated by a crew of two, consisting of an inspection engineer and a remote pilot. Meanwhile, PrecisionHawk’s Lancaster UAV (unmanned aerial vehicle) is completely autonomous; it doesn’t require remote control while in-flight. It can fly to 4,000 m, as far as 3 km and as long as 45 minutes on a single charge. Says Lohman:

The operator loads a flight plan into the UAV, throws it like a paper airplane, and the aircraft will follow that path taking its sensor, wind and weather conditions, battery life into account for optimal data collection.

Drones are rated as being far safer than manual inspections—for both humans and for the oil and gas equipment itself. Cyberhawk’s 2-kg ROAV has conducted over 2,000 structural inspections without damaging anything. The same is true for PrecisionHawk’s Lancaster UAV. Both have embedded proximity sensors for ‘sense and avoid’ capabilities. For Lohman:

Drones are merely data collection tools. Because remote sensing is achievable from the air, UAVs don’t actually touch the equipment, thereby eliminating the risk of damage.

He argues that as well as significantly increasing the safety of the operation, drones also remove the chance of human error, adding:

The drone is a flying computer and has the artificial intelligence to make the best possible decisions in-flight to collect consistent and accurate data every time, and much more effectively than if a human was flying the aircraft manually.

Looking for Oil Under the Ground?

For now, drone use in oil and gas is all about industrial risk and significant cost reduction, but they seem poised to open the door to new opportunities in the future. In years to come, drones will likely be far more automated and more capable than current models. Emerging technology includes the LiDAR sensor, which both detects trace amounts of gases above hydrocarbon deposits and helps construct a digital elevation model of the terrain.

Also in development are hyper-spectral sensors, which collect and process data from across the electromagnetic spectrum, potentially enabling drones to identify the spectral signature of oil under the ground.

However, it is early days for drones, and only trial and error by the industry will allow comparisons with existing practices.