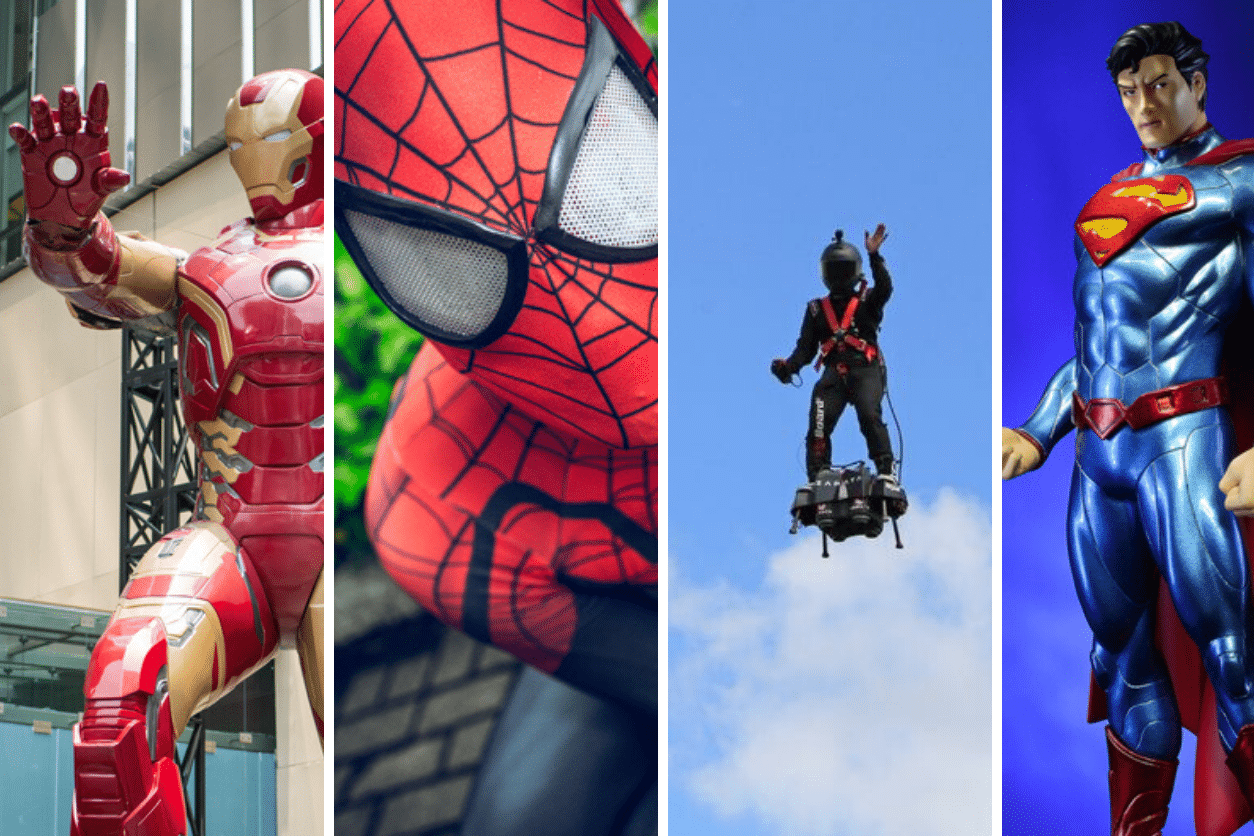 Have you ever wanted to fly like Superman, be as strong as Iron Man or disappear like the Invisible Woman? Thanks to technological advances, now you can.

Franky Zapata always dreamt about flying. As a kid, he devoured every Marvel comic book he could get his hands on and he always wished he could fly like Iron Man’s suit. So when he grew up, it seemed only natural that the French inventor and former jet ski champion would make his dream reality by creating a jet-powered hoverboard. In August, after several test flights around France, 41-year-old Zapata crossed the English Channel in 22 minutes on top of his Flyboard. With his dark helmet and his feet strapped on to the Flyboard’s two turbine engines, he looked more like Spiderman’s nemesis, The Green Goblin, but Zapata found that a hoverboard was more practical than a jetpack as its center of gravity gives you more stability in the air. Despite the French army expressing interest in the Flyboard, Zapata insists that it will not be available for individuals, industry or the military – at least not yet.

“I want to be part of the evolution of mobility in the future. Transportation will evolve and it will be necessary to go through the air.” 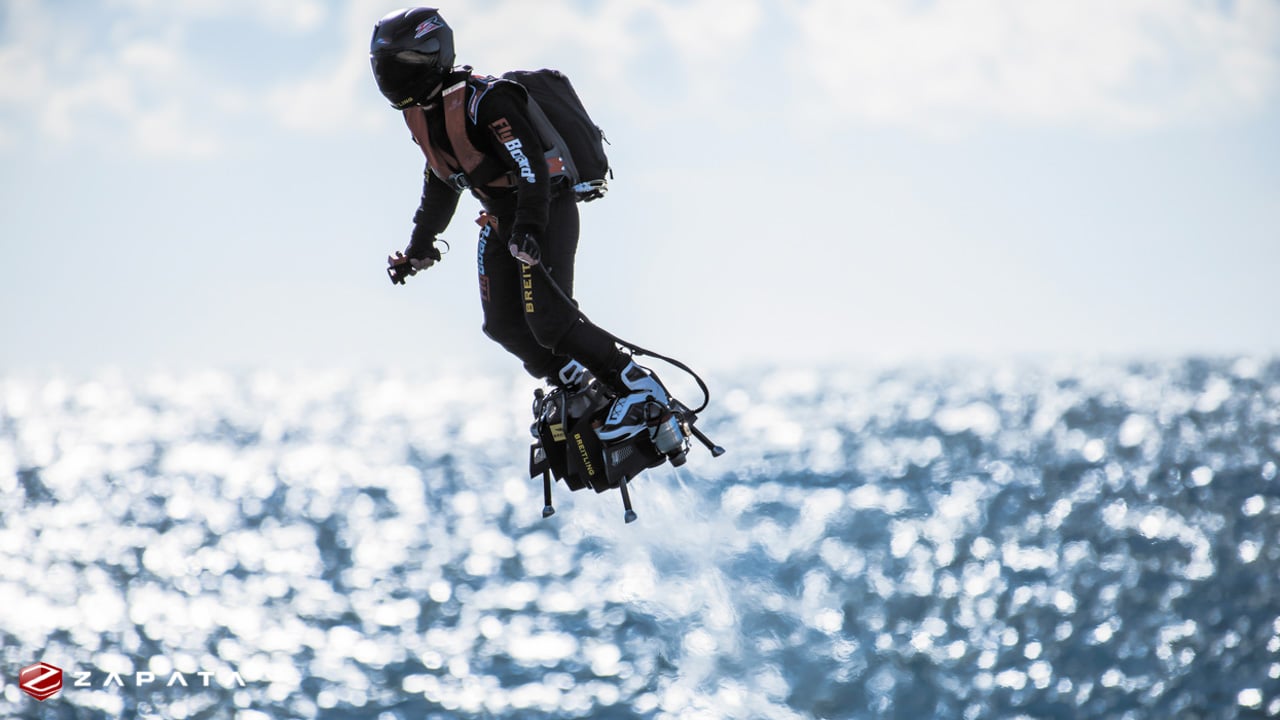 When Science and Fiction Meet

Franky Zapata is not the only inventor inspired by fiction. The first cell phones were flip phones because Motorola’s engineer Martin Cooper was inspired by Captain Kirk’s communicator on “Star Trek” and Apple and Samsung’s tablets have taken a cue from Stanley Kubrick’s “2001: A Space Odyssey.” Samsung even submitted footage from the movie as evidence during a lawsuit in which Apple alleged that Samsung had stolen the design of the iPad. Elon Musk has stated that he has been hugely inspired by his childhood reading of superhero comics and sci-fi books such as Douglas Adam’s “The Hitchhiker’s Guide to the Galaxy” which encouraged him to think about big questions such as space travel.

Rick Loverd is the program director of the Science and Entertainment Exchange, which connects moviemakers with scientists to give them a better understanding of science and technology when developing a movie.

“There’s no question there’s a feedback loop you can take all the way back to Jules Verne and H. G. Wells of people envisioning the future and engineers and scientists wanting to build it.”

Every year they consult on more than 300 movies and TV shows and increasingly directors are getting help from scientists to write their stories to ensure they have some base in what’s possible.

“The most common question I get is ‘which new technologies can I show in my movie that have never been depicted before.’”

Whereas many inventors have tried recreating superhero abilities, not all breakthroughs result in a readily available product. In 2014, the Stanford engineer Elliot Hawkes created a pair of gloves that make it possible to scale glass walls like Spider-Man – each pad consisted of 24 adhesive tiles covered in microscopic sawtooth-shaped fibers that stick to glass and release when pulled in the right direction – but it never turned into a commercial product. Likewise, scientists at Beihang University in China have created a liquid metal that can stretch without breaking apart, much like the ever-transforming robot T-1000 in “Terminator 2: Judgment Day,” but it is likely many years away from development.

But if you always wanted to be invisible like the Fantastic Four’s Invisible Woman, you’re more in luck. HyperStealth, a Canadian company specializing in camouflage for the military, has developed an invisibility cloak that looks like a transparent piece of plastic – once you walk behind it you seem to disappear.

The cloak uses lenticular lenses (much akin to hologram stickers) to bend the full spectrum of visible light resulting in the object behind the plastic disappearing. The cloak only works on certain backdrops but could potentially be used by the military to hide a target or at least distort it enough so it’s not easily identified. 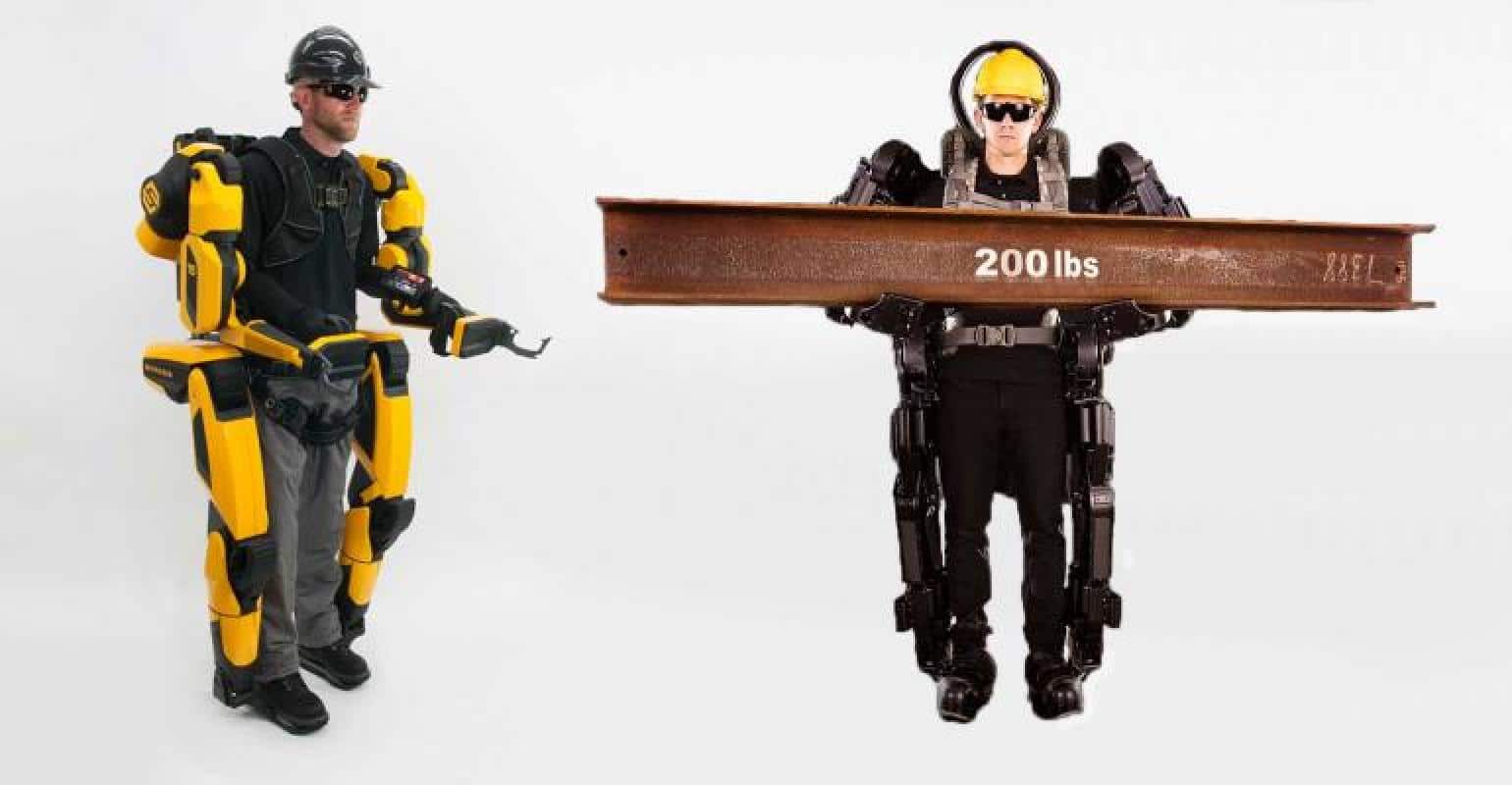 Superhuman strength is crucial to most superheroes and villains – and now it can be achieved. Though exoskeletons are clunkier and not as slick looking as Iron Man’s suit, they do give the user (almost) supernatural powers.

Sarcos have developed the first all-electric, full-body robotic exoskeleton that makes humans able to lift up to 200 pounds. The robotic arms and legs make people able to carry much heavier items than they would be able to otherwise without injury as well as giving factory workers the ability to perform the same movements over and over again without creating fatigue or strain on their body. The suit is simple to use and thanks to a range of sensors integrated into the exoskeleton, the operator can still move naturally, says Kristi Martindale, executive vice president at Sarcos Robotics.

“The Guardian XO is designed to give the operator superhuman strength, increase endurance and dramatically improve safety.”

The Guardian EXO won’t be commercially available until early 2020, but the US military has already struck a deal to use it for heavy lifting such as mounting a 125-pound missile under an aircraft wing or lifting pallets full of ammunition.

Several other companies such as Ekso Bionics, ReWalk and SuitX offer various forms of exoskeletons for anything from manufacturing to construction, oil and gas, and aerospace. What’s next? Rick Loverd is convinced that we’ll see even more technology take a cue from superhero films and sci-fi books, especially in a time where superhero movies are being cranked out like fury.