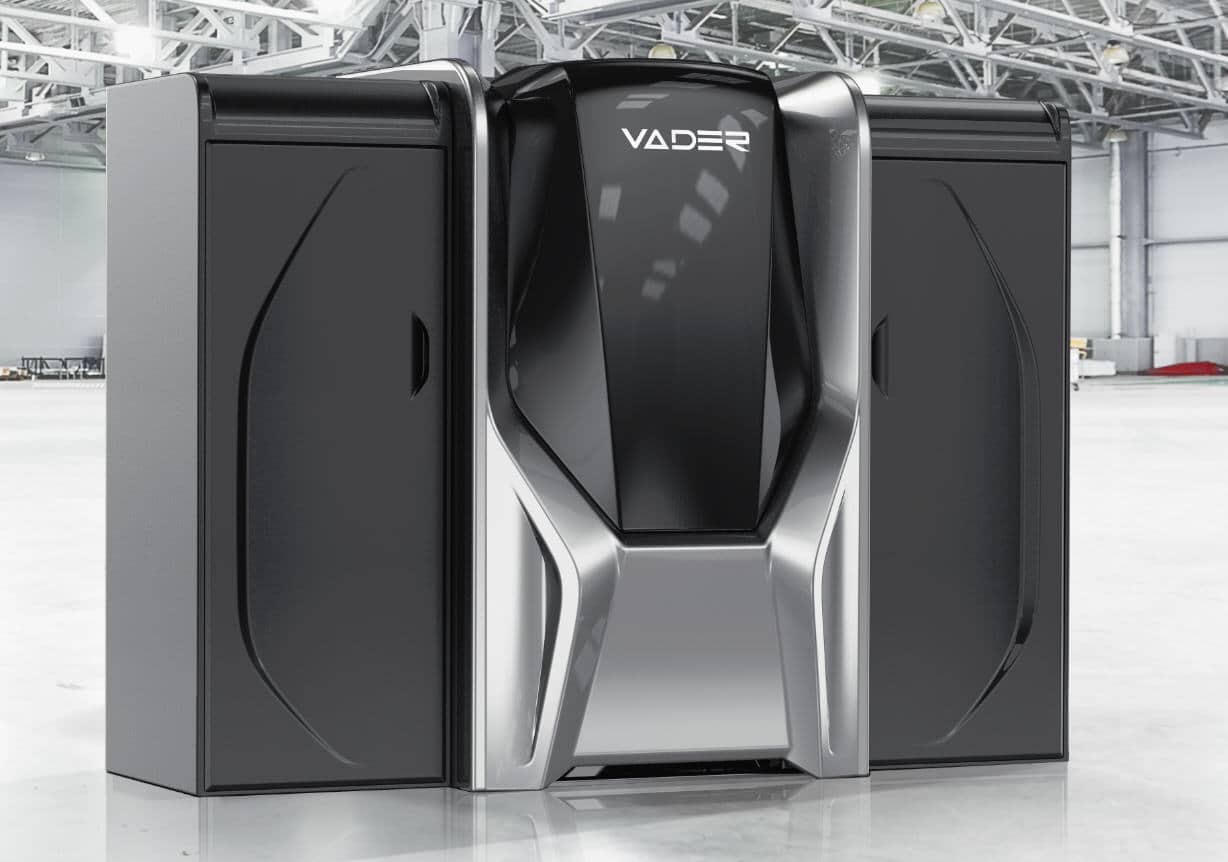 Using the MagnetoJet printing technology to convert solid metal wire to precise molten metal droplets, the Mk 1 is the first 3D printer that uses liquid metal. Can it change the 3D printing industry?

What if a 3D printer could produce parts and components from liquid metal? That’s exactly what is promised by the Mk 1 Liquid Metal 3D printer from Buffalo, New York-based Vader Systems, on display in the Additive Manufacturing Pavilion at IMTS in Chicago.

MagnetoJet technology replicates the idea of inkjet printing and is the merging of two complementary technologies for printing molten metal—magnetohydrodynamics and liquid metal jet printing. It expels molten metal through a nozzle using electromagnetic propulsion producing discrete droplets on demand.

The liquefied metal gets as hot as 800°C.

The aerospace, defense and manufacturing industries have already shown an interest in the Mk 1, which will help in the manufacture of aluminum parts currently machined with lathes and computer numerical control (CNC) mills. It uses safe and inexpensive commodity-grade wire to produce fully dense printed parts, which is a departure from the traditional 3D metal printing processes, which currently uses expensive, dangerous, and difficult to source input material.

This process is nearly twice as fast. We are printing at deposition rates above 1 pound/450g per hour … it has the potential to be disruptive to the manufacturing industry.

By adding multiple print heads, the Mk1 can be customized to different applications.

The Mk 1 is now working with aluminium alloys 4043, 6061, and 7075, which are highly sought after. Until now, 6061 and 7075 have been extremely difficult to weld and impossible to print with 3D printing technology, but early results show massive potential.

The quality of the parts we are printing appear to be fully dense, to be resistant to micro-cracking, and to have internal microstructures that make them very strong. We are still undergoing metallurgical testing on our parts, but the early indications are promising.

Many believe that additive manufacturing is the future of high volume, highly customized production manufacturing.

It will open up new possibilities in material design, manipulation of specialized alloys and new combinations of welded material. The attraction of additive manufacturing will only grow and we plan to be a big part of that revolution.

Vader Systems estimates that in 10 years additive manufacturing could end up comprising 20-30% of the machine tool market sales, which is presently a $20-$30 billion market.

The initial run of 20 machines—known as the Mk 1 Experimental—has already been sold out to early adopters including manufacturers and academic research labs, but Vader is taking orders for 2017 at IMTS. It will begin shipping the production version of the Mk1 early in 2017, then start development on printers with multiple heads in 2017. For 2018, expect higher temperature metal printers that use copper, silver and even gold.