The American rover has landed on Mars last Thursday and sent a few pictures of its first days on the Red Planet. On Monday, February 22nd, NASA has released video footage of Perseverance’s landing… including a hidden message. Take a look at those spectacular images.

The Video of the Landing

NASA’s Mars 2020 Perseverance mission captured thrilling footage of its rover landing in Mars’ Jezero Crater on Feb. 18, 2021. The real footage in this video was captured by several cameras that are part of the rover’s entry, descent, and landing suite. The views include a camera looking down from the spacecraft’s descent stage (a kind of rocket-powered jet pack that helps fly the rover to its landing site), a camera on the rover looking up at the descent stage, a camera on the top of the aeroshell (a capsule protecting the rover) looking up at that parachute, and a camera on the bottom of the rover looking down at the Martian surface. The audio embedded in the video comes from the mission control call-outs during entry, descent, and landing. Credits: NASA/JPL-Caltech. 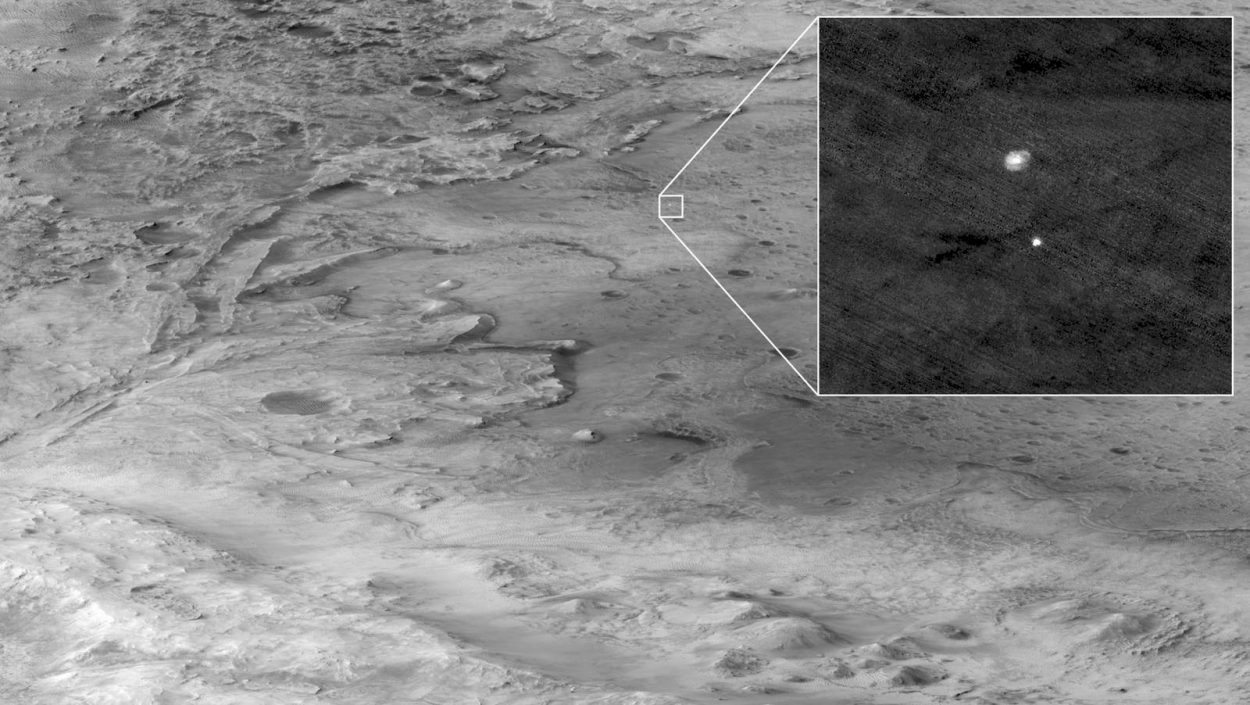 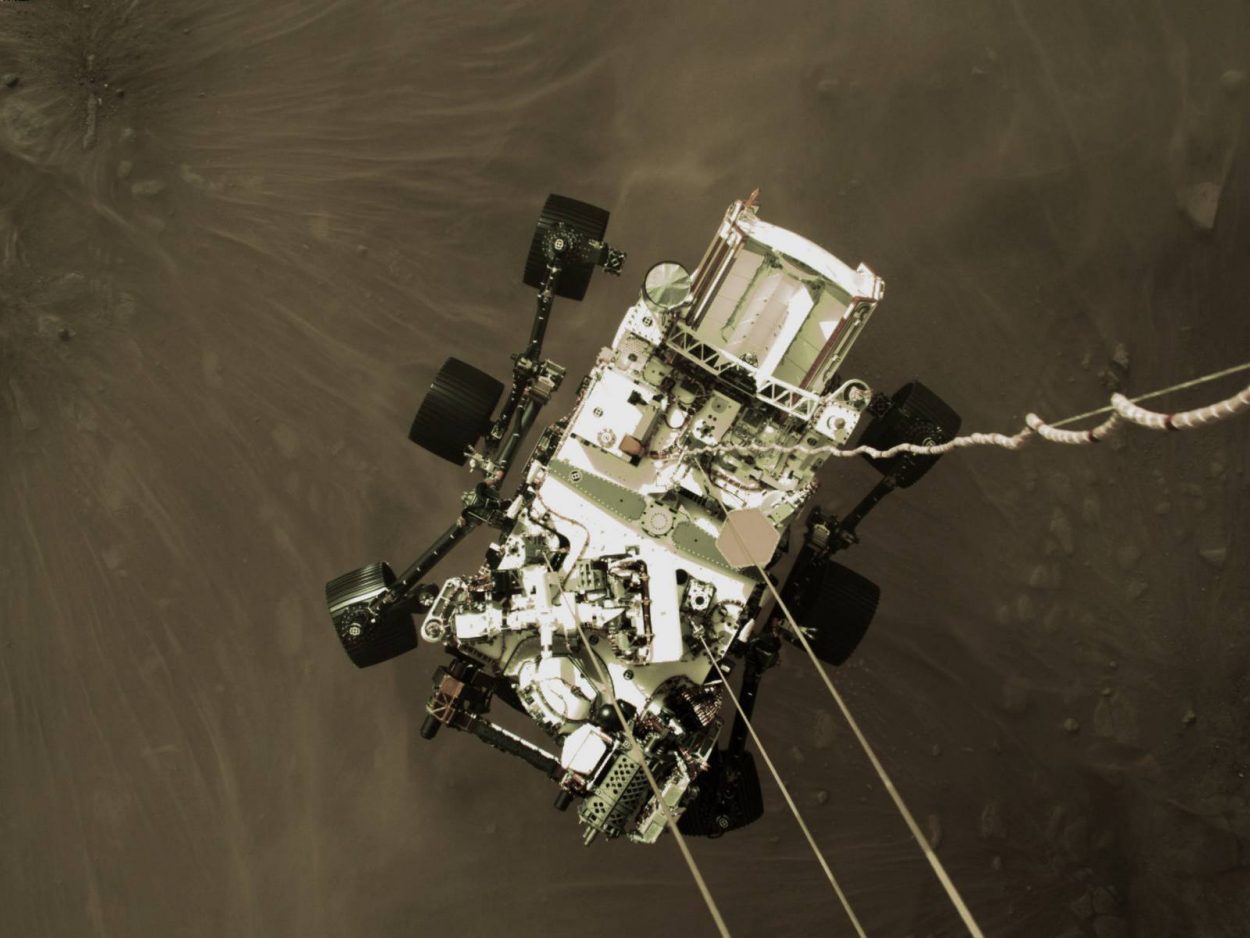 The rover is filmed from a vertical point of view during its descent stage. It t is held by cables while its large parachute helps reduce its speed. 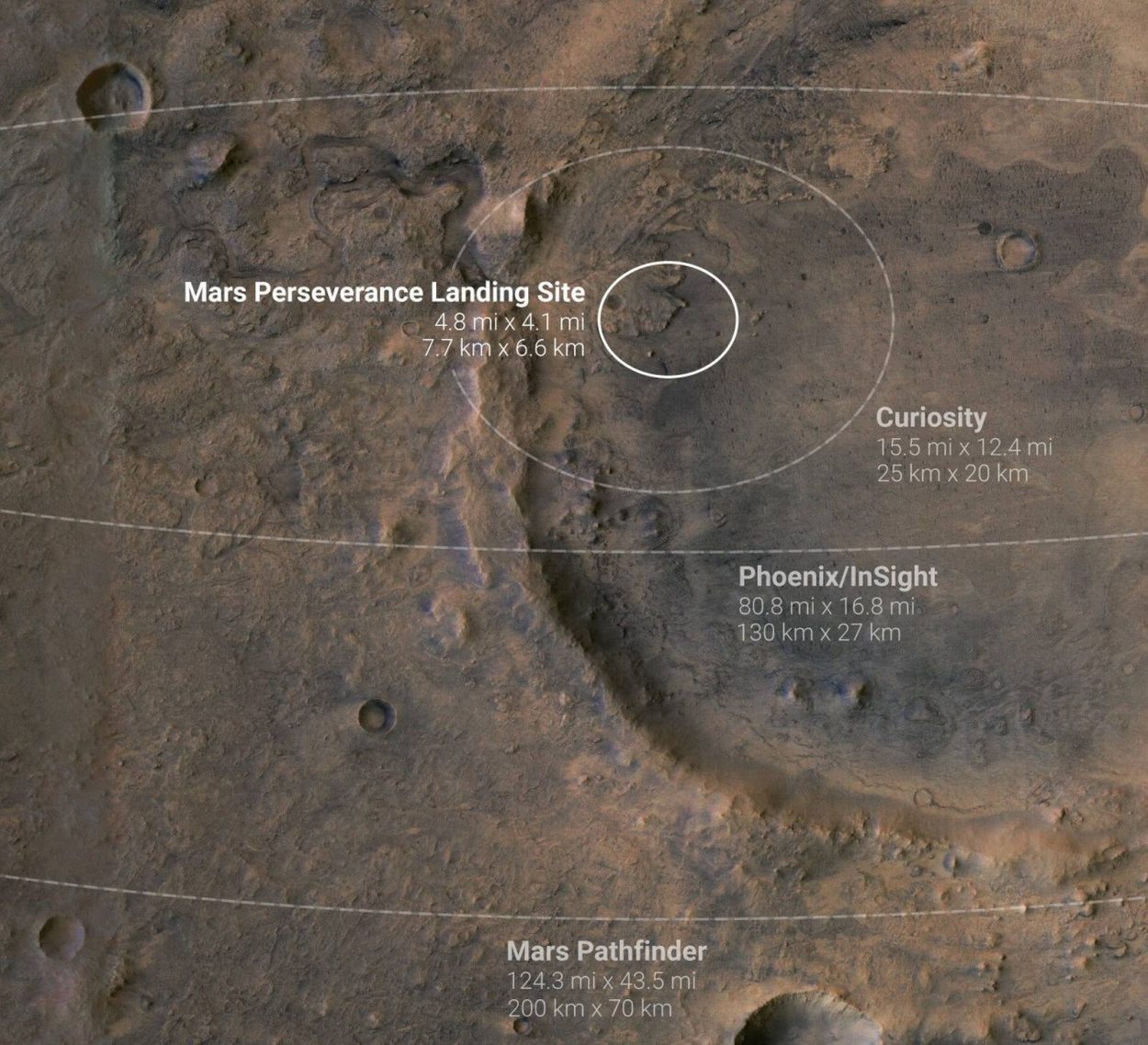 This picture shows Perseverance’s landing site on Mars. We can see the Jezero crater on the left of the white circle, where Perseverance will be looking for signs of past life.

The first picture is a still image made from video provided by NASA, sent by the Perseverance rover, showing the surface of Mars, just after landing on Thursday, Feb. 18, 2021.

The second picture is the first high-resolution color image of Mars sent by Perseverance after its landing on Thursday Feb. 18, 2021 (Credit: JPL-Caltech. Nasa).

Wheels on the Ground 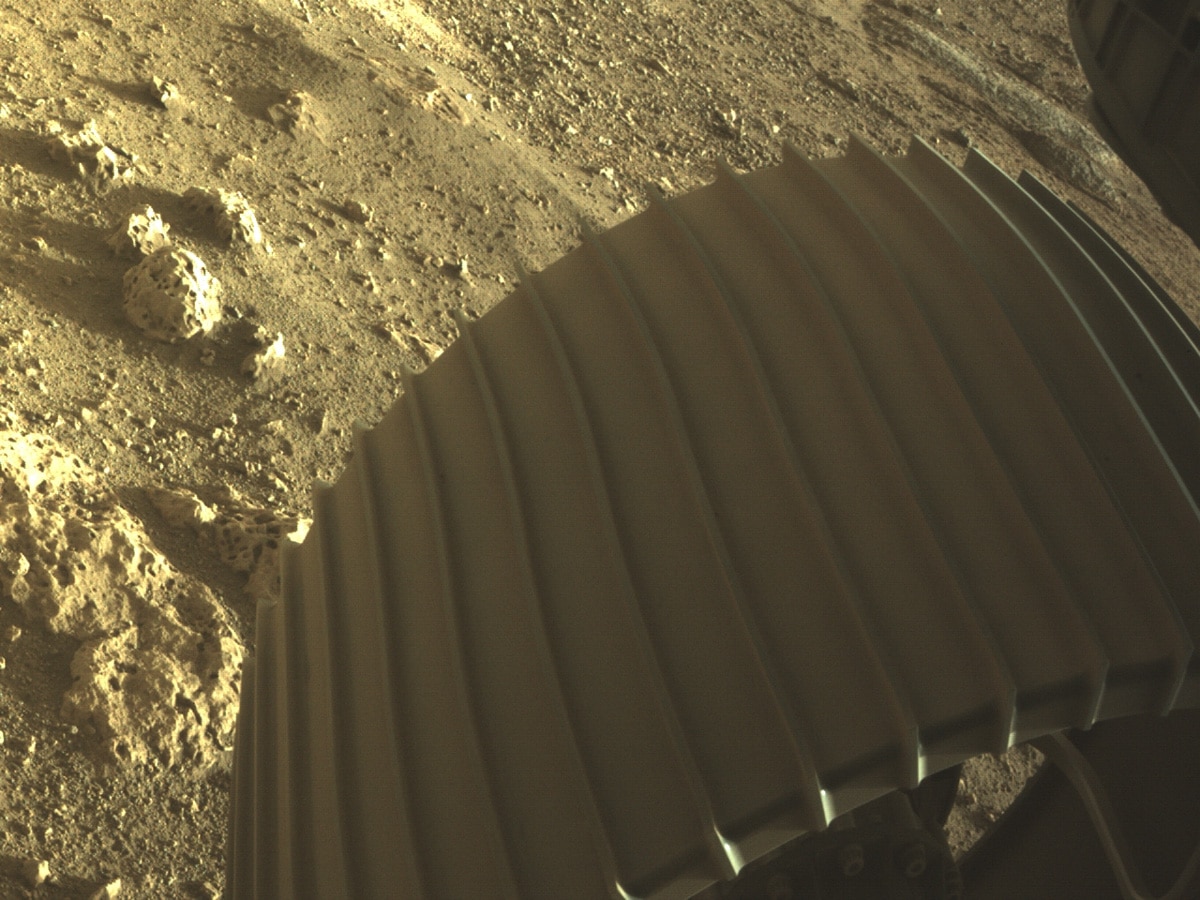 This picture of Perseverance’s wheels on Mars was taken by the rover right after it landed. The rover will start moving and thus using its wheels in a few weeks. 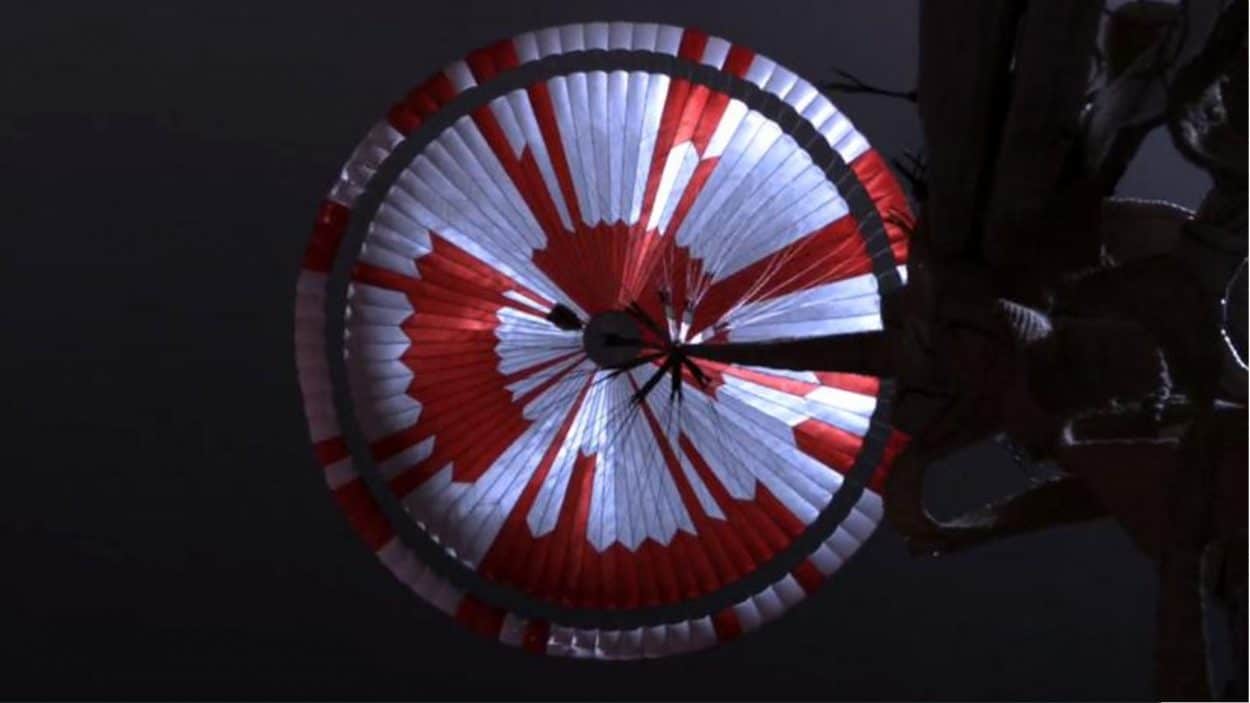 In this video capture, we can see that Perseverance’s parachute contains a particular pattern composed of red and white lines, resembling a binary code. During a press conference following the release of the video of the landing, NASA said that a secret message had been slipped into the video. The parachute is indeed divided into four circles, composed of sets of ten bars forming a binary code: each red bar means 1, and each white bar means 0. Users of Twitter and Reddit were able to decipher the message, which was later confirmed by NASA engineers. The message is: Dare Mighty Things and it refers to NASA’s Jet Propulsion Laboratory famous moto.