Keeping Birds at Bay with Lasers 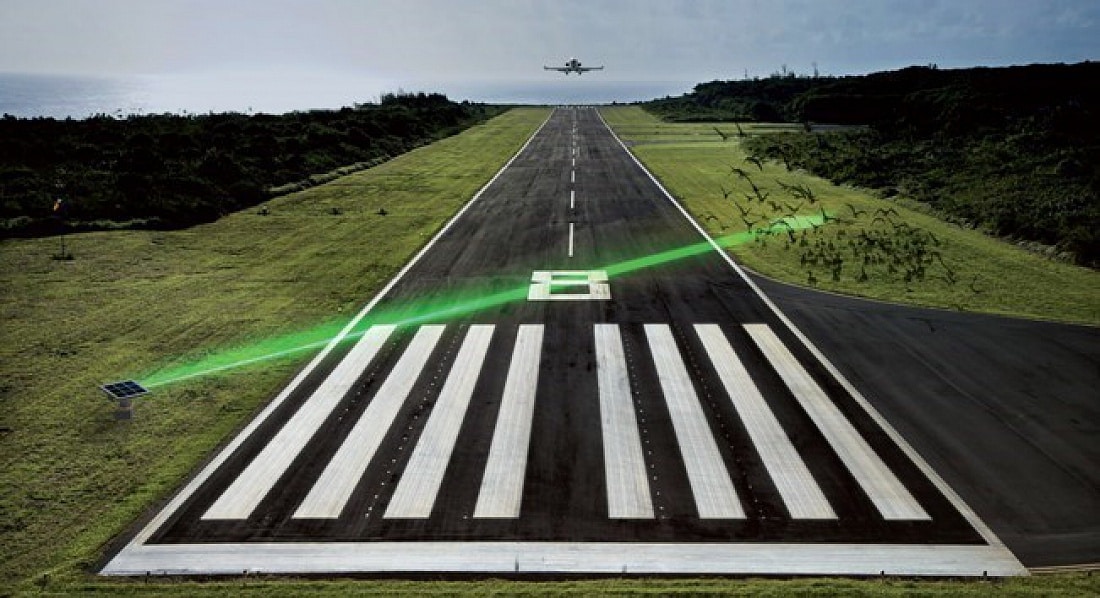 Birds are real pests in many situations, and can constitute a significant hazard for airplanes. While most attempts to control bird landings in the past have failed, a new laser technology seems to be working well.

In the Netherlands, Bird Control Group and the Technical University of Delft have teamed to develop laser technology which is achieving success rates of up to 100%. Both organizations dedicated years of research to develop the ultimate laser beam. This was accomplished by applying a combination of highly precise optics, filtering and light frequencies. By using this technology, the company says it has come up with an effective, yet harmless method of repelling birds.

The company’s Agrilaser Autonomic is a stationary installation which works automatically. The Agrilaser and Aerolaser Handheld devices are compact portable units which can be used in a wide variety of situations. Steinar Henskes, chief executive officer of Bird Control Group, said their systems reduce the number of birds by 70 to 100%.

The principle of repelling birds with a laser beam is inspired by nature. Birds perceive the approaching laser beam as a physical object. It stimulates their survival instinct, causing the birds to fly away. That is the same reflex as a car that drives towards birds. This is a different stimuli as sound, which is a sign for a physical danger but there is nothing visible. It is also different from a stationary danger, like the old fashioned scarecrow. This is visible but does not move towards birds and therefore causes habituation.

According to Henskes, the technology has been developed to go into safe mode when using at airports, so as not to disturb aircraft landing or taking off nor to affect pilots.

We developed a patented safety feature which measures when the laser beam is projecting into a predefined dangerous area and switches it off. We call it the Horizon Safety System.

The laser can also be set to point directly at the ground and is only used to disperse birds resting on the ground or on man made structures. In the case of airports it should never be pointed into the sky, therefore not shining directly into planes or pilot eyes.

An English organic egg farm in West Sussex has found an original use for the new technology. Orchard Eggs installed the laser system to scare off migratory birds, preventing them mixing with the farm’s chickens. This allows the chickens to stay outdoors without fear of bird flu contamination.