Drones: Running Out of Juice 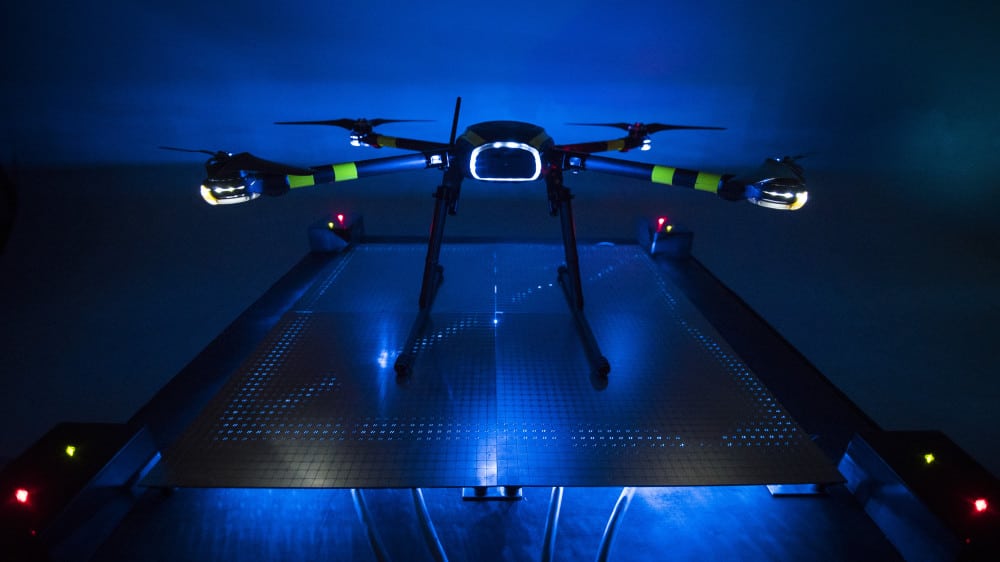 The drone revolution can take off only if improved battery technology allows UAVs to stay aloft longer.

While drones are getting smaller, faster and sturdier, one aspect has seen little recent improvement: batteries. Most quadcopters can fly only 20-30 minutes on a charge, and even less with heavier payloads or on windy days. Fixed wing models offer slightly longer flight times.

If you’re using a drone for surveillance or to monitor power lines or farms, 20 minutes in the air is very limiting. You won’t get very far.

While current performance is good enough for filmmakers, real estate agents and some others, the need for longer battery life is great.

The benefit of a drone is to increase efficiency by freeing people for other tasks. If you have to switch batteries all the time, that’s no good.

Charging on the Go

Skysense has developed a charging station for drones that can be put in the field, for example atop buildings. Consisting of modular 50 cm square pads, the device begins charging automatically as soon as the drone touches down. The addition of two small, light springs to the landing gear makes the system compatible with most drones on the market. It charges as fast as a regular unit. The pad can be plugged into an electrical socket or powered by solar panels, and works even in rain and extreme weather conditions. The system eliminates the need for field personnel to swap or recharge batteries.

With our technology you can eliminate delays, remove people from the equation and operate the drone in remote locations.

Most commercial drones use lithium-ion batteries, but no giant leaps forward have been made. People have started looking to other energy technologies.

Hybrid propulsion drones may be the way forward to longer missions. Much like hybrid cars, they switch between an electric motor for vertical take-off and landing and an internal combustion engine for horizontal flight of up to several hours on a gallon of gasoline. But drones running on fuel fall under different regulatory restrictions and are currently more expensive.

SolidEnergy Systems has developed a lithium-metal battery half the size of an iPhone 6 battery and promising even higher capacity. It uses a metal anode rather than the graphite one found in Li-ion batteries, doubling the energy density. SolidEnergy’s batteries can be used in a wide range of technologies, but the company is targeting drones as their initial market.

South Korean battery manufacturer Kokam recently launched a nickel-manganese-cobalt (NMC) drone battery with an energy density of 265 watt-hours per kilo. This will increase operating time by 20% over the average lithium-ion battery.

Research into alternative battery technologies is limited by the very high cost of bringing them to market. According to Lux Research, it costs about $1 billion over six years to commercialize new battery technology.

Kay Wackwitz is CEO and founder of Drone Industry Insights, a market research company based in Hamburg, Germany.

Metaphorically speaking, we’re flying with a Nokia 3210 today and nobody can imagine that it will soon reach a whole new level with iPhone technology. However, battery life will increase over the next year since many industries have a strong interest in it.

For the future development of our industry, drones must be autonomous. We don’t want people to fly them or change batteries. They should just fly their mission and come back, meaning endurance will be very important.