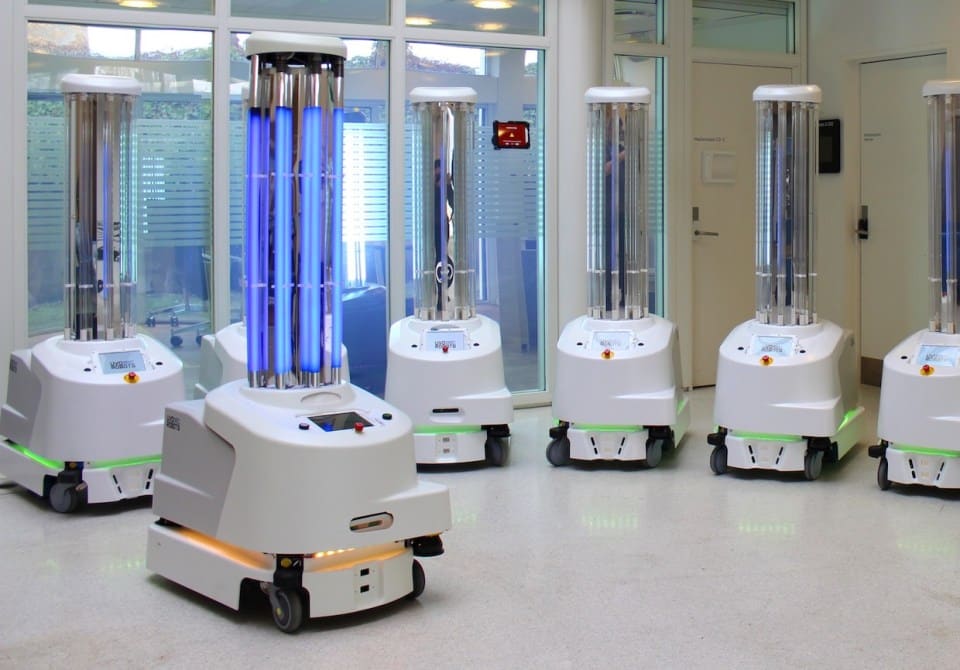 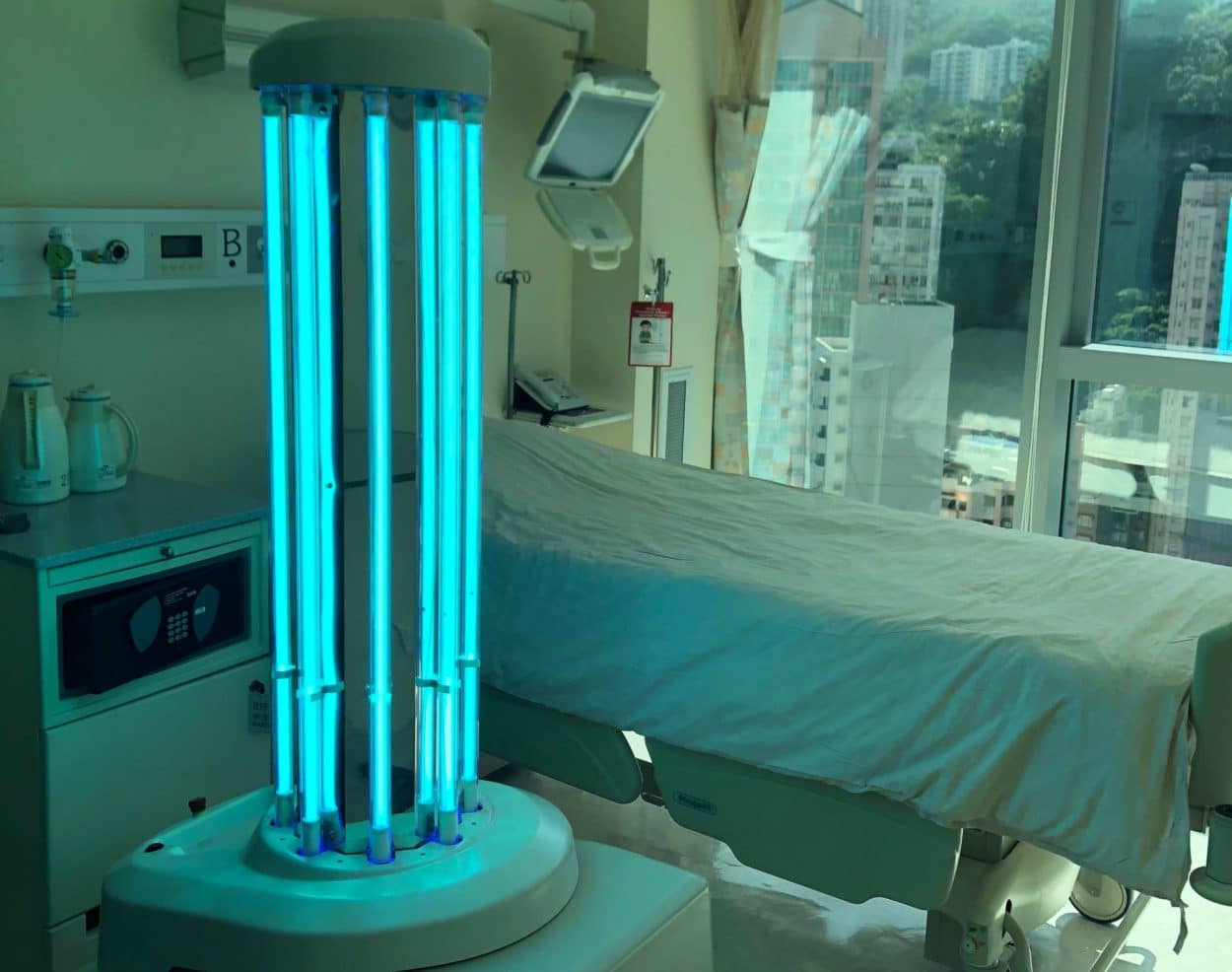 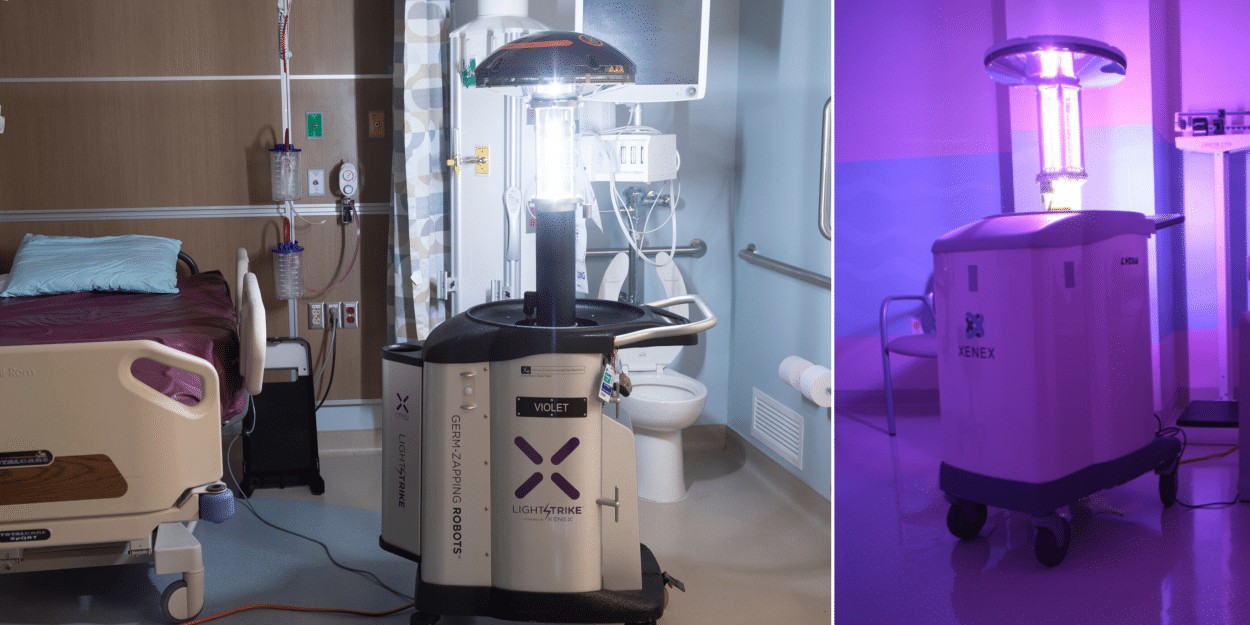 Each mistorizer gun can rotate 360 degree, allowing the robot to disinfect hard-to-reach areas.