Home » Cultured Meat, 3D Printed Sushis: What Will Food Look Like in the Future?

Cultured Meat, 3D Printed Sushis: What Will Food Look Like in the Future? 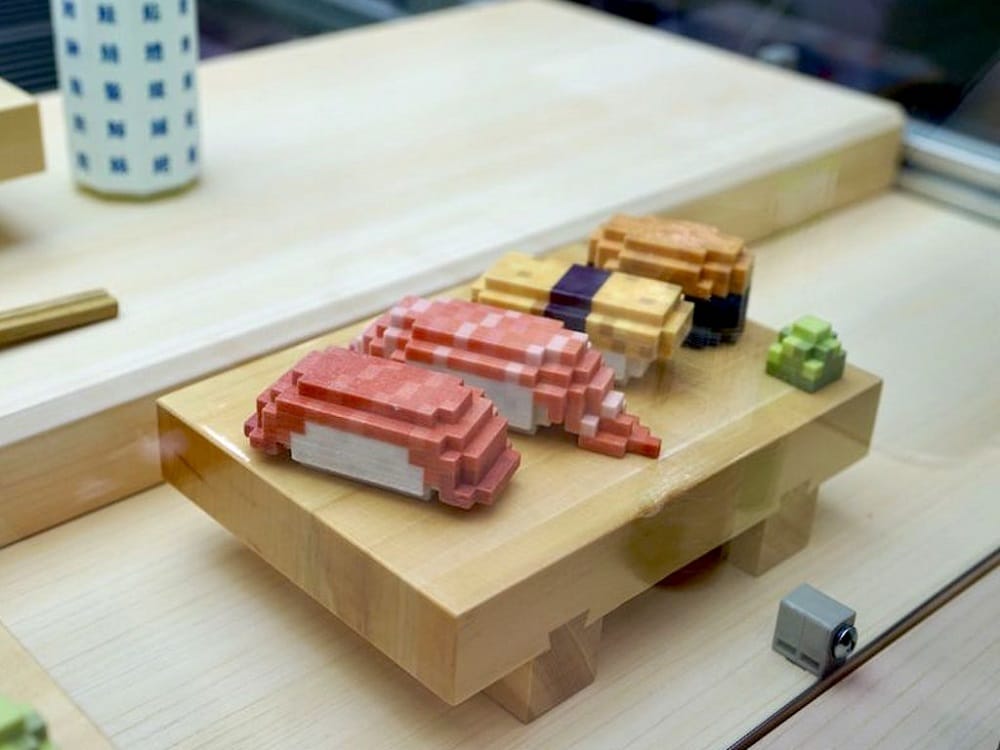 Cellular agriculture as well as 3D printing might offer a surprising solution for the future to meet a 28% increase in demand for food production by 2050, as well as to reduce waste and negative impact on the earth.

(Hilary Edesess contributed to this report for our sister publication AgriExpo)

Industrialized meat production accounts for 18% of the world’s CO² emissions and as meat consumption has risen up to 6% per year over the last decade, certain farmers are looking to merge science and agriculture in order to reduce pollution and increase food production. Cultured meat farming, or cellular agriculture, acts as a solution to reproduce animal proteins without raising and managing livestock—cutting costs on a large scale and decreasing environmental imprints. Animal stem cells are used to grow muscle tissue in a lab instead of harvesting meat from livestock in the traditional way. In 2013, Professor Mark Post created the first cell-cultured hamburger at the University of Maastricht. This meatless burger was cooked and tasted live on air in London, England.

Farmer and businessman Illtud Dunsford started Cell AG LTD in 2016. It is the first UK startup in the cell-based meat space. Previously, he founded Charcutier LTD, a porc company in the family farm in Wales. Dunsford recognizes that the industry must respond to the global population growth, which increases food demand, by searching for other ways to humanely produce meat at scale.

“I found it extremely interesting in terms of technology. Why do we have to make things exactly the same as we’ve always done if we have the tools and technology to make it better? The challenge is that this kind of production increase is unrealistic using traditional agriculture tools. It may be possible, but we won’t be able to produce anything afterward because we’ll have destroyed the planet.”

In 2013, Professor Mark Post created the first cell-cultured hamburger at the University of Maastricht.

Instead of raising animals, in vitro, scientists are testing methods for raising cells in order to grow only the parts of meat that we consume. Though still in the early stages, cellular agriculture has the potential to reduce waste and decrease the enormous amount of food currently needed to sustain industrial farming animals.

“We’re now looking at upscaling bioreactor technology. We’re not a product business; we’re not making steaks and burgers. We’re looking at the fundamental technology to make this viable at scale.”

He recalls the difficulty in marketing niche products and believes the cultured meat products need to remain affordable and easy to produce in order to be lucrative.

“This technology will only be successful if we can produce on a scale that matches current meat production. And that’s the key challenge in my mind for this industry to be successful. My hope is that cellular agriculture will be a replacement for industrial farming.”

According to the Modern Agriculture Foundation, an Israel-based NGO that promotes alternatives to animal products, the price point of lab-grown meat now sits at around 20€ a kilogram.

“This technology will only be successful if we can produce on a scale that matches current meat production.”

Open Meals is a Japanese company that fuses science and food to promote the digitization of food by applying data analysis. Thanks to a robot, the company says they can reproduce any sushi from its data. Among the data collected is the taste of particular sushi, its colors, its shape, its texture etc. Once the data is converted, the robot 3D prints small edible cubes made of flavored gel and seaweed, each tiny cube being different in flavor. The result is pixel-style sushis that are perfectly edible, according to the company. They showcased their invention in 2018, at the South by Southwest Interactive Festival in Austin, Texas.

But the company wants to go even further. They expect to open a sushi restaurant, Sushi Singularity, in Tokyo this year showcasing Open Meals’s technology. The idea will be to create nutrient-rich meals tailored to each customer. Each guest will receive a health test kit so that they can provide urine, saliva and even feces samples prior to booking. Each kit is then returned to the restaurant where it will be analyzed and converted into a “Health ID”. Sushi Singularity is able to use biological data to create customized sushi recipes filled with raw ingredients and vitamins that meet your specific health needs.

Open Meals has started creating a food library that gathers the data of all possible food from banana to egg and cake.

The company has also unveiled its futuristic plan on its website called “Sushi Teleportation“. By 2023, the company expects to use its robot to reproduce a dish from a chef in another place in the world and even for astronauts out of Earth. By 2028, they hope restaurants will be able to deliver meals adapted to each type of diet. And by 2040, they envision every home will be equipped with a robot that is able to 3D print food on demand.

Two questions remain though: the price of such technology that could be quite expensive and the taste of such artificial food. According to the happy few who have been able to try one of the sushis, we are still quite far from the normal taste. 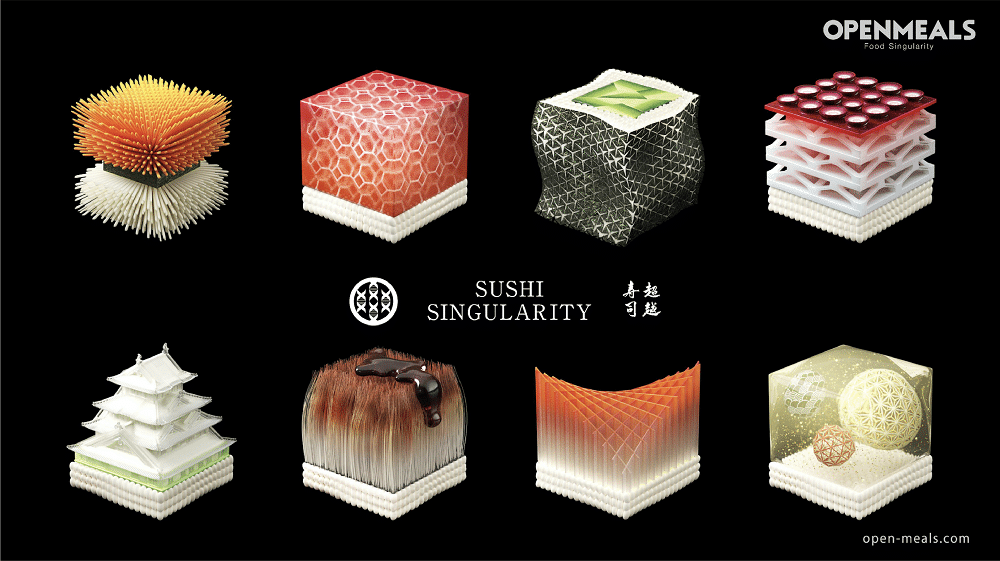