Discovered in 2013, the CRISPR-Cas9 is a new revolutionary technique of gene editing. Whether it is described as a miracle solution to treat genetic diseases or a powerful tool to augment humans and create a more resistant human kind, CRISPR-Cas9 has become a wonderful field of research for the scientific community. One that involves AI. Richard Sherwood, Assistant Professor of Medicine at Brigham and Women’s Hospital in Harvard Medical School (Boston) created InDelphi, a computer program involving AI that can predict CRISPR repair outcomes. We spoke with him. 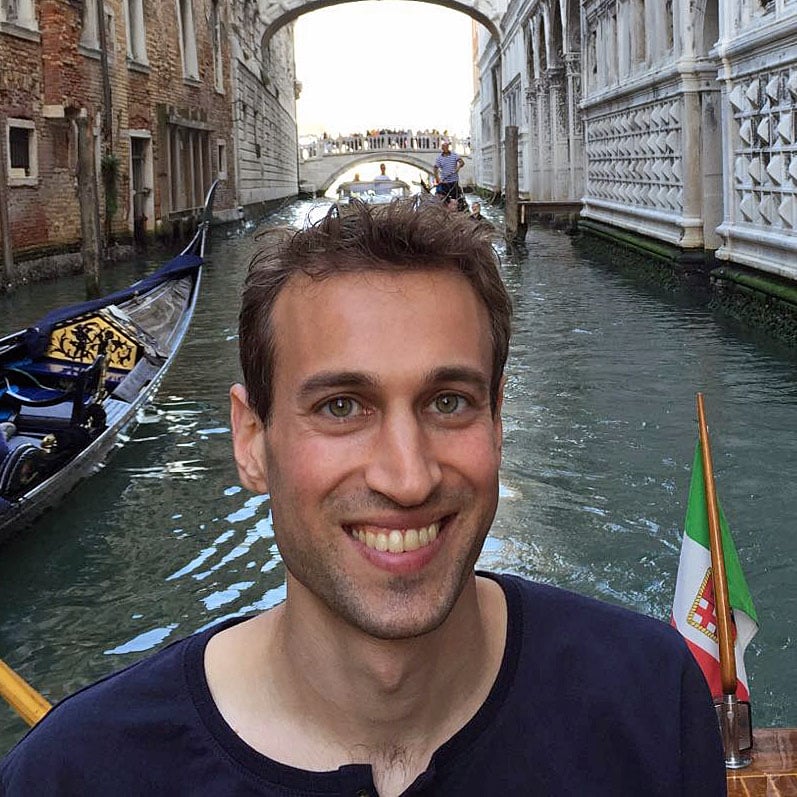 DirectIndustry e-magazine: Can you quickly explain how CRISPR-Cas9 works?

Richard Sherwood: In biology, CRISPR-Cas9 is a bacterial immune system against viruses. Bacteria have evolved a way to recognize specific DNA sequences and then use the Cas9 enzyme, which is a molecular pair of scissors, to chop that DNA sequence which will basically kill the virus. What researchers have been able to do over 20 years of research is hijack that system so that now just by guiding the Cas9 enzyme to any DNA sequence of your choice in a human cell you can get the Cas9 enzyme to cut that sequence. Then what happens is that the human cell, as opposed to the virus, doesn’t just die, it finds a way to repair that cut. That repair often causes a mutation. Causing DNA mutations is at the heart of the CRISPR Cas9 field. From a research perspective, it’s incredibly useful because many inherited genetic diseases, as well as cancer, are actually caused by DNA mutations.

DI e-mag: Could you tell us more about InDelphi?

R.S.: The motivation for what we did is that most people have been using CRISPR to break genes. I often use this analogy: if you have a hammer, the easiest way to use it is to just break something, but you can also use it to chisel and make a sculpture if you use it in the right way. That’s what we were looking at: can we use Cas9 in a more refined way to know what we are doing and in some cases actually be able to fix broken genes?

The actual process we were looking at is about what happens in a cell after the DNA of that cell has been cut with CRISPR. We found out that when a cell has been cut the repair is not random; there are very specific ways that the cell repairs CRISPR’s cuts. So we were able to use machine learning to have a computer program that can predict how this happens. So now what we can do, and that has not been possible before, is when CRISPR gets directed to a site in the genome we can actually predict what sort of mutations will be caused. Our algorithm was able to find patterns and one of the really surprising things that came out of this was that there are certain places in the genome where when CRISPR cuts, the cell basically has one dominant way of repairing that break.

DI e-mag: How does the machine know that? How do you train it?

R.S.: We do this by generating lots and lots of data. We developed an approach where we could target CRISPR to thousands of different sites in the genome and monitor what sorts of mutations it can cause. That was a rich dataset that included hundreds of millions of actual DNA mutations. Using that unprecedented large dataset on the types of mutations caused by CRISPR, then we were able to train the algorithm to look for patterns. It was able to find patterns and one of the really surprising things that came out of this was that there are certain places in the genome where when CRISPR cuts, the cell basically has one dominant way of repairing that break.

DI e-mag: How can you be sure the predictions of the machine are correct? 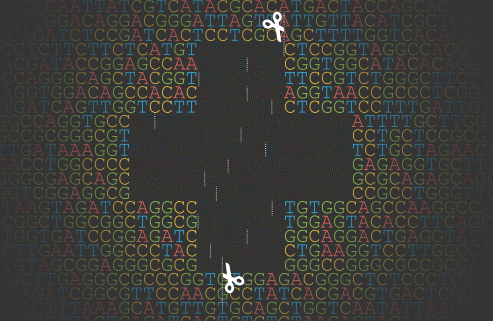 R.S.: In the machine learning field, there are pretty standard ways of testing the accuracy. Generally you train your program on 80 or 90% of your data and then use the remaining 10 or 20% to test how well the algorithm does. Our algorithm was extremely accurate at predicting the repair events. Since then we actually made a whole other set of thousands of broken sites in the genome and found that the algorithm was equally accurate at predicting what happened at those sites.

We only did this on cells in a dish. Before we would ever think about using it therapeutically on patients, we want to test it in animal models and eventually on more clinically relevant settings.

R.S.: Right now, my guess is that the people who claim they’re using CRISPR outside the medical system are not really doing anything helpful. In th

e medical field we have a very well tested way of determining whether something is useful for patients that’s called the clinical trials. I wouldn’t believe things outside  clinical trials.

DI e-mag: Who is able to use CRISPR technology? Is it easy?

R.S.: Yes and that’s one of the reasons why CRISPR is so revolutionary: for scientists it is extremely easy to use. It’s really best done in a lab setting because you have to introduce both the Cas9 enzyme and the guide RNA into your cell. There are very well distributed ways in lab to make that very easy to do. This pretty much works on every type of animal or plant. Outside of a lab, I don’t know what sort of people are trying to do some experiments but certainly CRISPR is accessible to any scientist. You can actually buy the Cas9 protein itself that someone else has purified, from medical companies. You can also buy the guide RNA as DNA.

DI e-mag: What about the transhumanist perspective of using CRISPR to create augmented humans?

R.S.: In the long term, yes I think it could be used to augment humans because it’s a technology that can change genes. But we’ve been using it for a very short amount of time, we’ve also seen that it can have unintended consequences. We are still at such early stages of researching that the thought of using it for something that is not correcting a genetic disease is to me very premature because we don’t understand the long-term effects.

DI e-mag: Do you think that with CRISPR we will create a new human kind?

R.S.: In the short term, I would say the answer is no. Many exciting discoveries in medicine have emerged in the last 25 years but it really takes decades for them to start making a big impact on healthcare. One example is using the immune system to fight cancers. That idea emerged in the last 10 to 20 years and only now there is the first immunotherapy on the market – that has had some miracle cures. However there’s still a long way to go. So for CRISPR it’s the same thing. We could look at a hundred year horizon I think, then it can have implications and we might be having this discussion again…