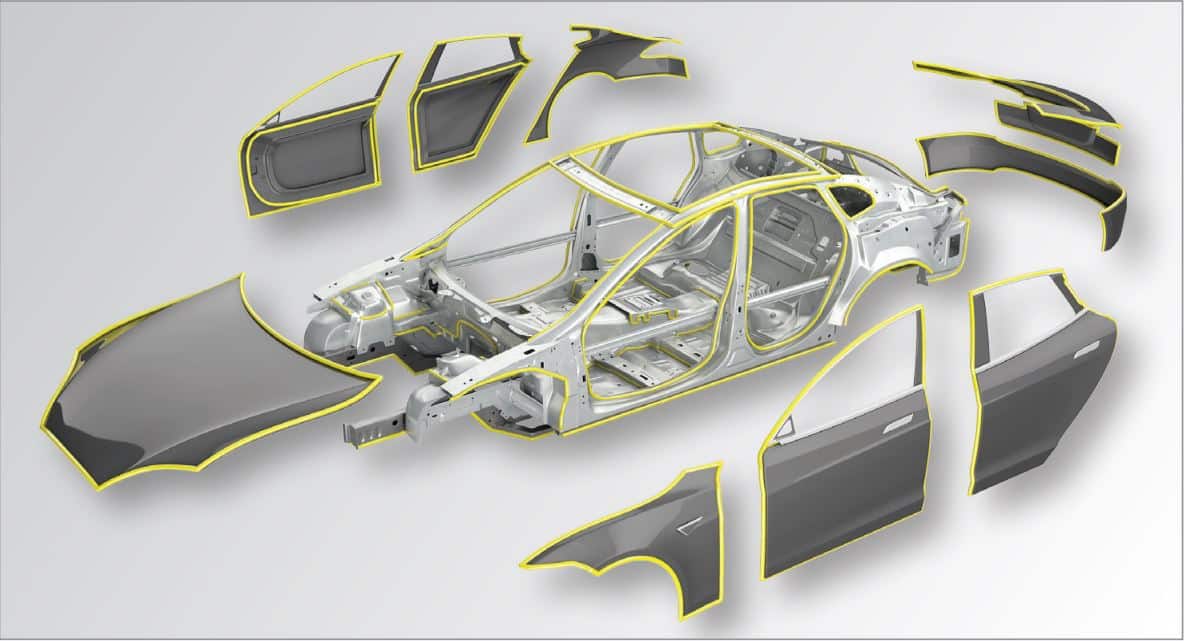 With internal combustion engines, lightweighting is not driven by vehicle performance so much as government regulation to improve fuel economy and reduce CO2 emissions – for instance the Corporate Average Fuel Economy or CAFÉ standard – but in the case an of electric vehicle lightweight designs have a direct impact on the consumer experience. One of the things that’s widely understood about electric passenger vehicles is that in order for them to become truly for the mass market they need longer range. This will be the key to making them the primary household vehicle.

The rise of electric vehicles is also forcing designers to pay more attention to acoustics, as they can no longer rely on the combustion engine under the hood to mask other sounds. For example, some part designers who have traditionally relied on a tight press fit, or friction-fit, to assemble vehicle components are now looking to add an adhesive to prevent minor rattles which were previously undetectable.

Electrical insulation of cells becomes important to avoid short circuits and thermal runaways, while various adhesive mounting applications in the assembly process of a battery package offer new opportunities. Special requirements may also come up in order to improve longevity, as thermal transfer and thermal insulation can help to keep the battery in the right temperature window. 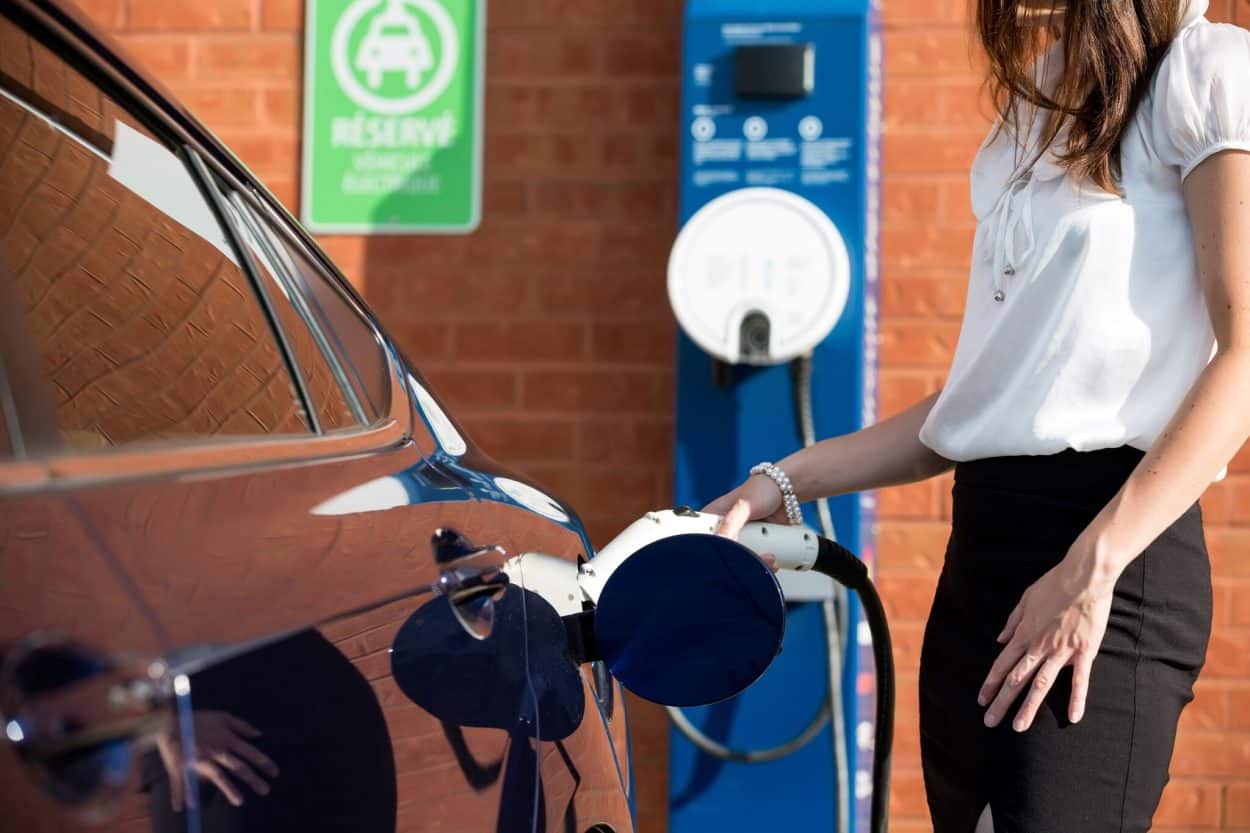 The need to charge and discharge batteries rapidly for improved performance also creates heat management challenges, as heat can be detrimental to batteries and components and lead to safety issues. This has seen automotive designers looking to the materials used in the electronics industry when dealing with potentially volatile batteries, with the need to plan for a much longer product lifespan than your typical smartphone or tablet.

This is driving the development of new robust dual-purpose adhesives which can also act as insulators or conductors, says H.B. Fuller’s McGreevy:

I think you’ll see more adhesives in the electric power train designed to have a specific set of dielectric properties, so they don’t conduct electricity. The same goes for thermally conductive adhesives. Simply modifying an otherwise suitable adhesive to make it thermally conductive is a challenge with a reactive material; there’s always the issue of how do you change one thing without changing something else – it’s doable, but it takes know-how. 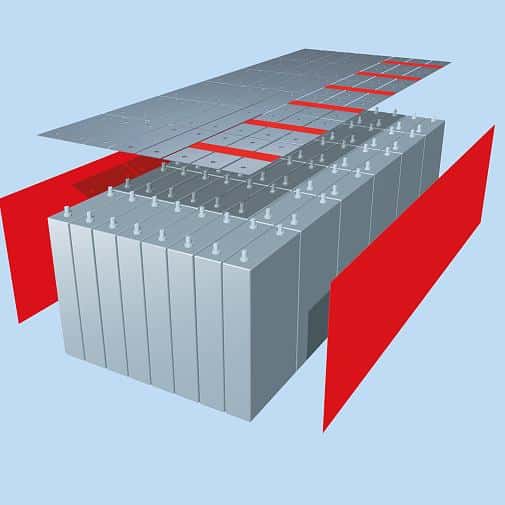 Adhesives also have a role to play in combating the thermal runaway issues in electric vehicles which rely on lithium ion batteries, McGreevy says. This issue also presents challenges for smartphone designers, as damaged batteries are prone to overheating and catching fire. There is potential for a cell failure to cascade to adjacent cells and the result is much greater in a vehicle power pack, he explains:

Of course thermal runaway is a big safety issue that you don’t have with internal combustion engines, and it’s led to an evolution in construction materials including our patented SwiftBond 4006FR. We heard from our customers that this was an issue and have developed an innovative encapsulation material that protects against thermal runaway, inhibiting the cascading of a cell failure and a cell fire into the adjacent cells.

The adhesive tape application process can be “a challenge”, says Tesa’s Arndt, and Tesa assists customers with process engineering and support through external integration partners to make processes as efficient as possible.

Meanwhile, H.B. Fuller’s McGreevy says there will always be, “a diversity of adhesive solutions” but electric vehicle manufacturers will favor solutions which easily scale to support high-volume manufacturing.

I think reactive adhesives which provide thermosetting performance and speed of processing are part of the future, while cure-on-demand adhesives – such as those relying on ultraviolet light – can be a process enabler.Today we’re still seeing relatively small production volumes for electric vehicles but over time I think the types of adhesives that will become the most frequently chosen will be the ones which lend themselves to high-volume, repetitive and automated processing characteristic of automotive manufacturing.