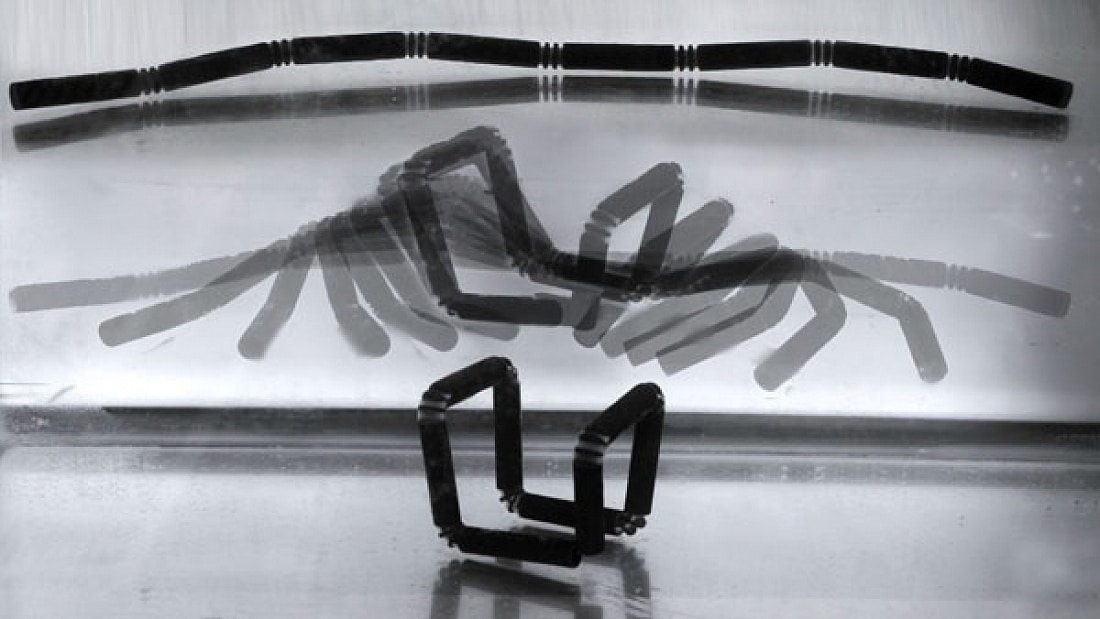 In the ever-evolving landscape of technology, exponentially increasing innovation has become the only constant. It is no surprise, then, that 3D printing has exceeded its dimensional limits, evolving into the newly developing realm of 4D printing.

This recent offshoot has grown out of the collaboration between the newly established Self-Assembly Lab of MIT and two of the biggest names in printing—Stratasys and Autodesk.

On its website, Self-Assembly Lab explains what is behind this 4D printing concept. “With a single multi-material print, a product or mechanism can transform from any 1D strand into 3D shape, 2D surface into 3D shape or morph from one 3D shape into another. Using only water, heat, light or other simple energy input, this technique offers adaptability and dynamic response for structures and systems of all sizes.”

At the heart of the operation is the Stratasys Connex 3 multi-material printer, capable of utilizing thousands of different materials in its prints. The added functionality of “embedded transformation” has been seamlessly integrated into the printers, enabling metamaterial creation directly off the print bed. Metamaterials are structured materials with mechanical properties defined by their structure rather than their composition.

The Concept of Non-Static Materials

Truly an exponential leap in engineering and printing, the concept of “non-static” materials is a new world. Skylar Tibbits, a research scientist at MIT, is one of the main innovators behind this development. He and his fellow scientists came up with the name 4D printing as a way to describe the objects that they were creating—objects that by virtue of geometric coding could change form when catalyzed by a variety of environmental factors, such as immersion in water. In an interview he gave to the Smithsonian Magazine, Tibbits explained: “Normally, we print things and we think they’re done…but we want them to be able to transform and change shape over time. And we want them to assemble themselves.”

The collaboration with Stratasys came about when Tibbits and his fellow researchers were tasked with creating materials that could be “smart” without the aid of computer chips or internal circuitry. When Tibbits turned to Stratasys for help, they told him about new printed materials that could expand by 150% when placed in water. While the Magic Grow Capsules that some of us remember from childhood (expanding from tiny pills into larger, water-bloated dinosaur silhouettes) are quite cool, this represented the limits of the new Stratasys materials. Tibbits brought in the mathematical magic that was needed to create truly “smart” objects. By embedding incredibly precise geometric code into the prints of these changeable materials he implanted a sort of brain within them. The calculations were based on the objects’ own geometry, with embedded instructions indicating how to react to catalyzing agents such as water, temperature and even movement.

On the 25th of January 2016, a team of scientists from the Wyss Institute and Harvard University School of Engineering and Applied Sciences introduced a new 4D printing technique based on a single material: hydrogel. This composite structure is made of a gel-like ink combined with tiny fibers of cellulose. It can mimic plant movements and change shape when put into water, offering significant perspectives for transformable architectures.

4D Printing OK…But For What Purpose?

Applications are already being explored in everything from aeronautics to sneakers. The military has given a grant to Harvard and two other universities to explore the possibility of self-creating 4D objects for tactical situations, shelter creation and self-assembling bridges. Large-scale use is still a long way off, but some companies already have expressed interest in the use of such materials in infrastructure. One immediate example is the development of construction materials that adapt to disaster scenarios or extreme environmental changes.

Tibbits came up with the idea for using this technology in sneakers. He explained that his shoes should behave as running shoes when running but when the wearer plays basketball, for example, the same shoes would offer better ankle support. They might also become waterproof when worn in the rain. “It’s not like the shoe would understand that you’re playing basketball, of course, but it can tell what kind of energy or what type of forces are being applied by your foot. It could transform based on pressure. Or it could be moisture or temperature change.”

With all the potential implications, it’s likely that this technology has the potential to completely change our idea of material creation and engineering.