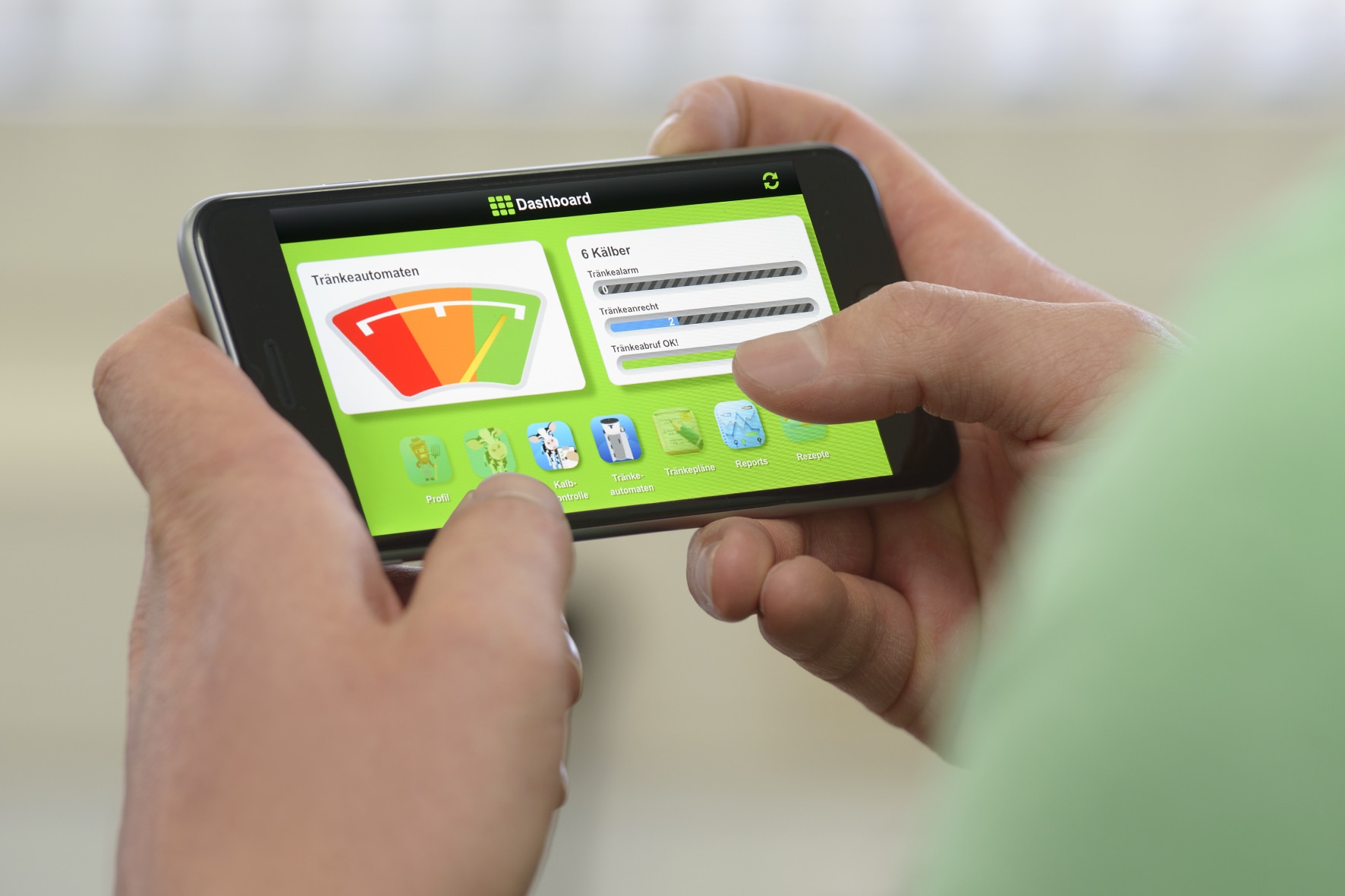 Feeding and monitoring calves on large dairy farms can be a major, time-consuming chore. In addition, health problems are easy to miss. Focus on two companies that aim at facilitating the process.

As the calves feed from the Smart Drink Station, data on liters consumed and animal behavior are recorded.

Each calf is fitted with a Smart Neckband, a workflow module with LED display that also can quickly locate animals. Measures taken can be confirmed via a sturdy feedback switch on the collar and sent to the management system.

The Smart Water Station electronically records the water intake of each animal. The data flow together on the internet in the farmer’s CalfCloud.

Calf or feeder problems trigger a smartphone alert. Deviation from a calf’s normal drinking habits could indicate the presence of disease. In addition, a level sensor on the milk powder hopper also detects when it must be refilled and sends this information directly to the farmer.

Another German company has come up with a novel way to feed calves spread around the farm. Holm & Laue have developed the Milktaxi 4.0, whose various models hold from 100 to 260 liters of milk. The feeder mixes whole milk powder and water to the correct concentration, and can even pasteurize raw milk.

In what the manufacturers claim as a technology breakthrough, the Milktaxi makes it possible to feed calves according to age-appropriate parameters, even if they are penned individually.

Pen numbers are automatically recognized via Smart IDs, and calves are then given milk according to their individual feeding curves. Users need only press a button atop the machine to deliver the predefined volume of milk to the feeding bucket.

The Milktaxi 4.0 transmits its current operating status to the farm computer via the WiFi-based CalfGuide app. Information includes milk container fill level and temperature, and ongoing processes such as heating and pasteurization. The saved data ensure that there is a clear, complete record of what was fed, when and how.