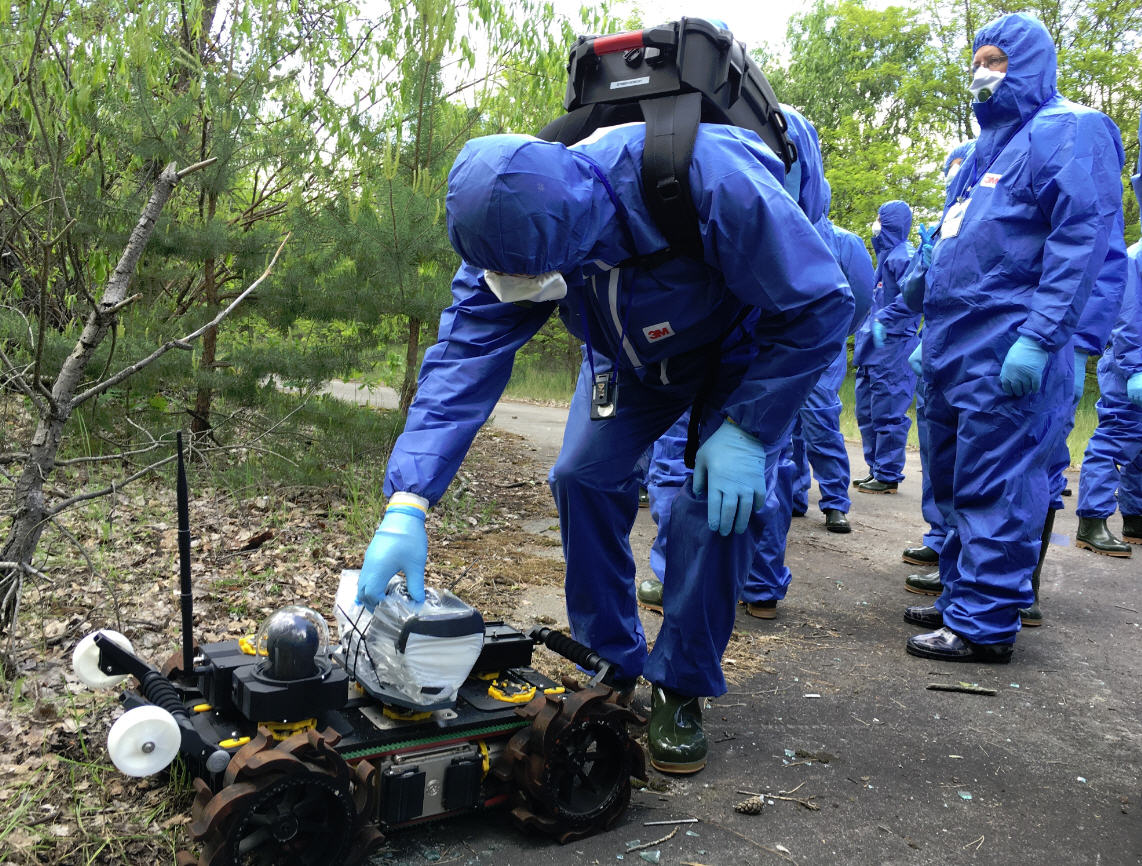 U.K.-based Ross Robotics develops and commercializes the modular Robosynthesis. Director of research and development Philip Norman talked to Directindustry e-magazine about the robotic platform, which is resilient enough for deployment in places such as Chernobyl.

DirectIndustry e-magazine: Robotics is ubiquitous and is expected to become even more so, performing different tasks in varied environments. How does Robosynthesis fit into this trend?

Philip Norman: The Robosynthesis platform makes these varied applications possible using a standardized system, dramatically improving operational results and reducing cost. It has a unique coaxial and repositionable power and data connector, biomimetic traction and non-magnetic metallized polymers for low mass, and compliant resilient structures. Additive manufacturing processes are used to create three-dimensional power and data looms within the robot’s structure and there is also a suite of artificial intelligence ranging from autonomous operation through to topology recognition, where the robot recognizes its configuration as it is assembled.

DirectIndustry e-magazine: Robosynthesis is also meant to be customizable and easy to use.

Philip Norman: The end user defines the shape, form and function of the robot system depending on the task and the environment. The physical robot itself can be transformed by plugging modules together in different combinations. No tools or specialist knowhow are required. IP-addressed sensors and tools can be plugged onto the robot in a theoretically unlimited number of combinations. AI modules give the robot the ability to analyze its environment, take action and operate without outside intervention, if this is required.

Philip Norman: From the first concept drawings, the aim has been to operate in environments where people cannot go. Robot modules must operate in the presence of strong magnetic fields, background radiation, chemicals and extreme temperature fluctuations. Ross Robotics is working with end users who have major operational challenges to meet and urgently need robots to replace people. Collaboration with the Centre for European Nuclear Research (CERN) in Geneva involves deploying robots in the Hadron Collider. There is also a focus on first responders working in hazardous zones such as Chernobyl and on security applications where robots are used for remote detection of radioactive, explosive or biological threats.

Philip Norman: By reducing the time spent by the robot inside the irradiated zone, [which minimizes] the risk of system failure due to the radiation. This can be achieved by deploying an autonomously operating robot without a tether that is capable of moving relatively quickly and reliably over difficult terrain. Ours achieve this due to the low mass penalty for their size (the metallized plastics construction) and the elevated torque developed by the motors and our hybrid traction systems. They also achieve exceptional mission endurance (up to 11 hours with standard batteries), allowing us to run sophisticated navigation systems as well as a large number of sensors on board. But we do also need to harden the robot, particularly the electronics, for operation in strongly irradiated operating conditions. The objective will be to harden the electronics to a point at which they could be sent into somewhere like the disabled Fukushima Daiichi nuclear power plant (where a robot was recently stranded after stalling) for more extended periods. This is a challenge that is new to the robotic technology development community and no one currently has the answer to prolonged operation in this sort of environment.