Home » COVID-19. The List of Trade Shows Canceled, Postponed, Virtual and Maintained in 2020

COVID-19. The List of Trade Shows Canceled, Postponed, Virtual and Maintained in 2020 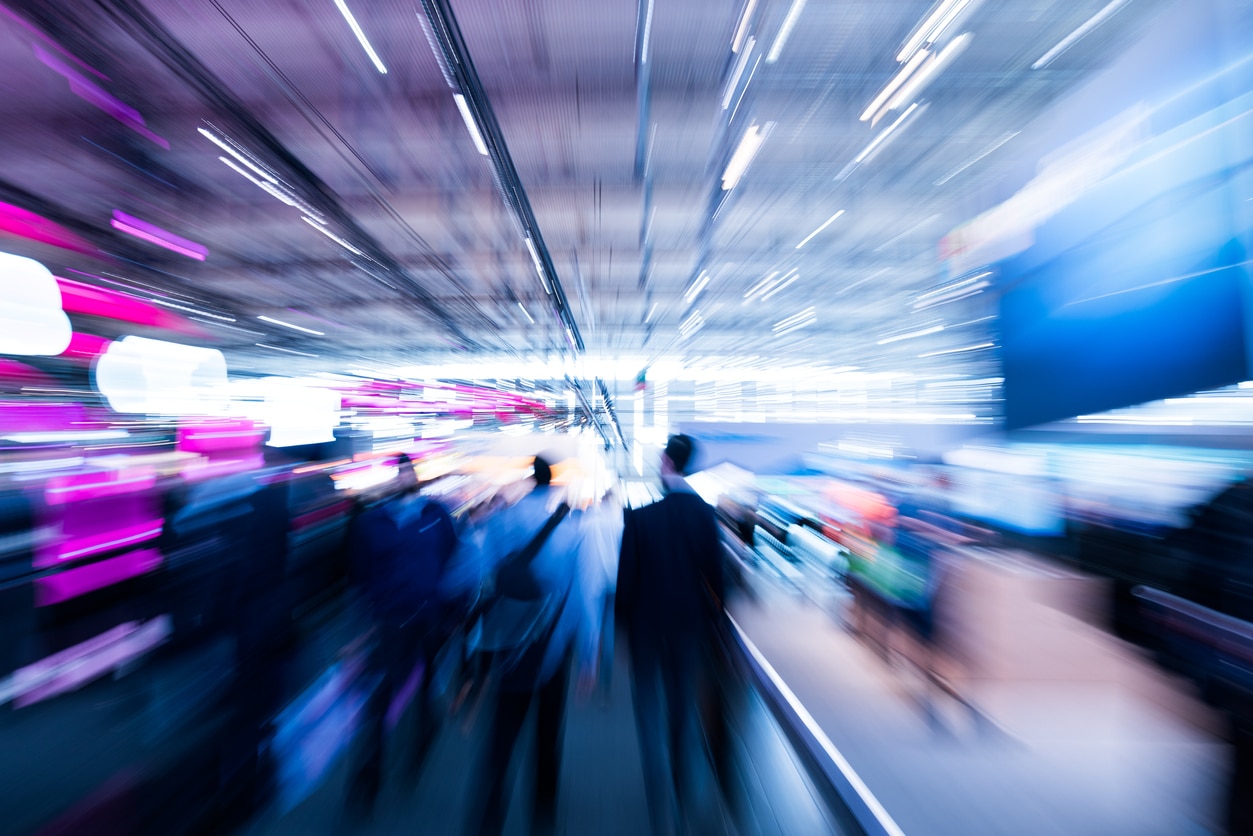 Since the Coronavirus outbreak, the number of industry trade shows that have been canceled and/or postponed has increased. An overview of the industrial and tech shows that are canceled, postponed or maintained all around the world can be found in this article. We will update it as announcements are made.

IFA is the world’s leading trade show for consumer electronics and home appliances. It is expected to take place in Berlin (Germany) from September 3-5, 2020.

BIM World, the event for user-related solutions around the building, infrastructure and construction has been postponed to October 7-8 and will be virtual. It was supposed to take place from March 31 to April 1 in Paris.

SPS, the smart and digital automation fair will go virtual. The fair was supposed to physically take place as expected from 24 to 26 November. Due to the ongoing travel restrictions and other fundamental changes caused by the coronavirus pandemic, Mesago Messe Frankfurt has decided to hold the SPS 2020 in an all-virtual format.

First postponed from June to September, IoT World Europe and 5G World, part of TechXLR8 2020 will transform into an online, fully virtual event for 2020.

SMTconnect was supposed to take place in Nuremberg from May 5 to 7. It was first postponed to July 28-30. It has been canceled and will take place digitally in summer 2020. The show brings together people and technologies from the areas of development, production, services, and applications in connection with microelectronic assemblies and systems.

MECSPE, the Italian exhibition focused on innovations in the manufacturing industry has been canceled. It had first been postponed to October 29 to 31 and was supposed to take place in Parma (Italy).

Automatica, the Leading Exhibition for Smart Automation and Robotics was first postponed to December 8 to 11 before being canceled. Organizers are working on a new format for 2021.

Once postponed to September, IFAT, the trade fair for Water, Sewage, Waste and Raw Materials Management has been canceled. It will come back in Munich in May 2022.

JEC World, the international composites show was supposed to take place in Paris (France) from March 3 to 5. It was first postponed to May 12 to 14 before being canceled. The fair will come back next year in Paris (March 9 to 11, 2021).

Metav, the exhibition for metalworking technologies was meant to take place in Dusseldorf (Germany) from March 10 to 13 but was canceled. Organizers say the event will be come back next year (March 23-26, 2021).

First postponed to July 13-17, Hannover Messe, the world’s largest trade fair for industrial technology will simply not take place this year “due to the increasingly critical situation surrounding the Covid-19 pandemic” said the organizers. The show will come back in April 2021 (from 12-16).

The Future of Industrial Innovation event, organized by the Financial Times and software company  PTC and scheduled for 19 March 2020 in Paris, will not be taking place as originally planned.

The 18th International Trade Fair for Intralogistics Solutions and Process Management has been canceled. It was supposed to take place in Stuttgart (Germany) from March 10 to 12.  According to the current status, the next edition of LogiMAT will take place next year (March 9 to 11, 2021).

Mobile World Congress, the telecom fair was scheduled to take place from February 24 to 27 in Barcelona (Spain) but was canceled. No postponement has been announced yet.

As a result of the Swiss government’s decision to ban gatherings of more than 1,000 people, the Geneva Motor Show, which was due to start on March 5, has been canceled by its organizer Palexpo.

The AWS Summit Paris cloud computing conference was scheduled to take place on March 17 at the Palais des Congrès in Paris. Its organizer, Amazon Web Services, has decided to cancel it. An annual event should be held instead. The date has yet to be announced.

The international trade fair for digital public transport solutions IT-TRANS was scheduled to take place in Karlsruhe (Germany) from March 3 to 5. The event has been postponed to December 1-3.

GrindTec, the trade fair for tool grinding technology was scheduled from March 18 to 21 in Augsburg (Germany). It has been postponed to November 10-13 and is expected to take place in Bavaria.

In the United States

The International Manufacturing Technology Show has been canceled for the first time since WWII. For several weeks, the organizers were assessing the situation but were not optimistic. The health and safety requirements imposed by the state of Illinois for holding conventions required the availability of a vaccine or a highly effective treatment protocols. Those conditions are not yet in place to permit IMTS to be held. IMTS will offer two comprehensive digital programs, IMTS Network and IMTS Spark, over the next several months to assist exhibitors and the manufacturing community. IMTS was supposed to take place in Chicago from September 14-19.

With the prospect of physical gatherings unlikely in the coming months, IoT World is turning into IoT World Virtual, a two-day virtual experience to be held August 11 – 12, 2020. The in-person version of IoT World will take place at the Santa Clara Convention Center, April 26 – 29, 2021.

IoT World Virtual will deliver the same, high-quality content, including power-packed keynotes, conference tracks, trainings, workshops, and roundtables that you were looking forward to at this year’s in-person event, along with innovative networking opportunities in new, virtual formats.

The US Institute of Scrap Recycling Industries

The ISRI said its annual convention that was expected to take place in Las Vegas from April 27-30 is canceled.

Scheduled to take place in Boston (USA) in June, PTC‘s annual event LiveWorx will be going virtual. The organizers are working through the details of this new digital event.

Scheduled to take place in San Jose (USA) from March 23 to 26, Nvidia’s GPU Technology Conference has been replaced by a virtual event.

Google’s Cloud Next was scheduled to take place in San Francisco (USA) from April 6 to 8. The event has been replaced by virtual conferences.

Cisco Systems has canceled Cisco Live Melbourne that was supposed to take place from March 3 to 6 in Melbourne (Australia).

Another motor show, the Beijing Motor Show, which was scheduled to take place from April 21 to 30, has been canceled.

In the Middle East

Originally scheduled for 30-31 March in Bahrain, the 28th annual Middle East Fossil Energy Conference (MPGC) has been postponed to November 15-17.