Chrysler and the 700-Robot Butterfly System 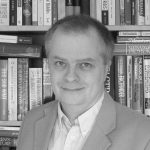 In a remote part of northeast Brazil, where humans once toiled on plantations, machines now make machines. At Goiana, in the state of Pernambuco, on what were once fields of sugarcane, Fiat Chrysler Automobiles (FCA) has built one of the most advanced car manufacturing plants in the world. Officially opened in April 2015, it is currently rolling out the Jeep Renegade SUV.

This giant factory, with a production capacity of 250,000 vehicles per year, is equipped with 700 robots. Many of these operate on a state-of-the-art car body welding line that was designed and installed by Comau, a global leader in automated manufacturing technology and a branch of Fiat.

Based on the Italian company’s innovative ComauFlex “body in white” (BIW) manufacturing system, this technology enables car makers to manage multiple materials, including lightweight metals and alloys. BIW, the stage at which the shell of a car is assembled, also involves multiple joining technologies (spot, arc and laser welding, for example) and multiple volumes, all on the same production line.

ComauFlex reorganizes production into two distinct areas that are fully interconnected. By subdividing the logistics area and the assembly zone, and concentrating them within specific areas, ComauFlex is able to reduce stand-by times as well as the number of steps needed during the production process.

Robots Working From the Ceiling

The heart of the system is the Open Gate station, a high-density cell where up to 18 Comau NJ4 six-axis “hollow-wrist” robots surround each car body and weld simultaneously. Installed on the floor and suspended from the ceiling, the robots are fitted with integrated welding guns, which reduces weight. All the service cables of the guns are housed inside the wrist of the robot, improving mean time between failures and helping save space by eliminating exposed cables. It also increases the number of robots that can operate in close proximity at the same time. Marco Busi, Head of Body Welding LATAM, told DirectIndustry e-magazine more about this technology:

Our system offers high speed and a technical efficiency greater than 85%. With robots suspended from the ceiling, which frees up floor space for parts logistics units, it has a very compact footprint. But I think the main advantage of the system is its flexibility. It allows manufacturers to produce up to four cars of different sizes simultaneously on the same line.

In the body shop at Goiana, the robots weld 100 points in just 60 seconds. This makes it possible to effectuate all body spot welds at a single station, ensuring greater geometric accuracy than on assembly lines with several welding stations.

The flexible and scalable system is based on standard modules. When configured to produce four models, the parts logistics modules surrounding the Open Gate station resemble a butterfly when viewed from above. Hence, ComauFlex is often referred to as the Butterfly system. Mr. Busi said:

It offers zero-loss launch, meaning new models can be quickly and easily introduced without affecting the production of existing models. A model change would normally involve a complete shutdown of the whole line, but in this case the process is very contained. This makes it easier and more cost-effective for manufacturers to switch production from one plant to another.

The €2.2 billion plant is the first to be built by FCA following the Fiat-Chrysler merger. The company’s largest facility, this 11 million m2 complex includes an on-site supplier park and will employ more than 9,000 people. It was planned and executed from the ground up by an international team and incorporates more than 15,000 best practices developed at FCA sites around the world.

Similarly, Comau utilized its global resources to deliver the welding line. The robots, for example, were supplied by Comau’s headquarters at Grugliasco, Turin, while the Open Gate station was made at one of the company’s factories in China.